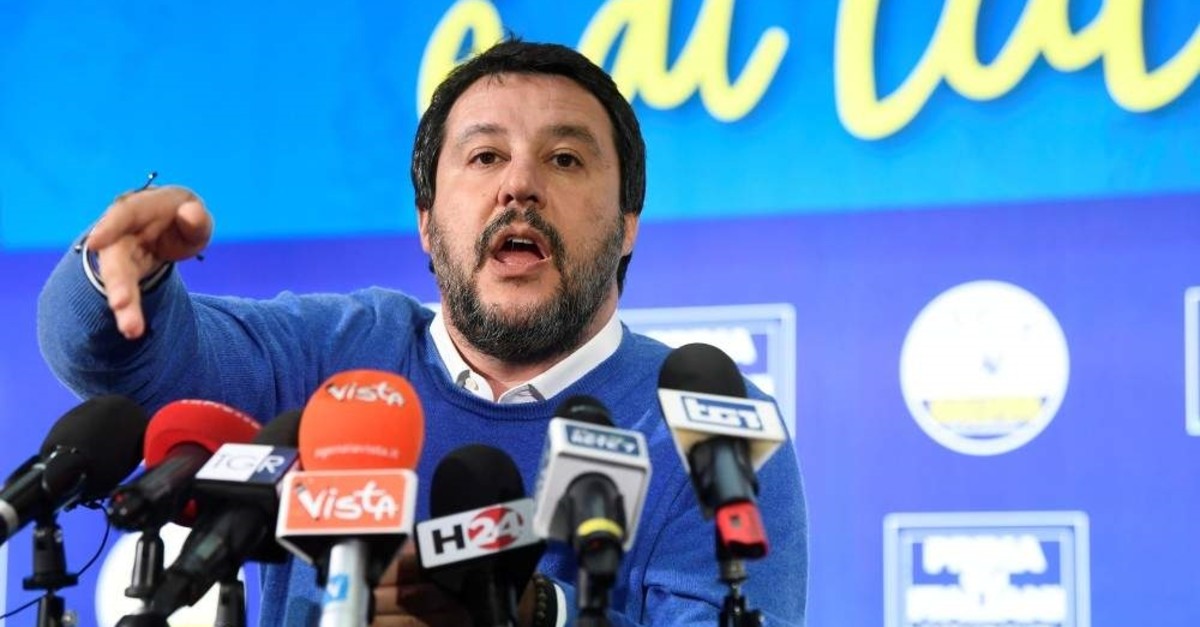 Italy's right-wing League leader Matteo Salvini failed to overturn decades of leftist rule in the northern region of Emilia-Romagna on Sunday in an election that brought relief to the center-left and the embattled government.

Salvini had campaigned relentlessly in the region since the start of the year, seeking a shock victory that he hoped would bring down the national coalition government, which includes the center-left Democratic Party (PD) and is riven by internal strife.

"The ruling majority comes out (of the regional elections) stronger," said PD leader Nicola Zingaretti, adding that Salvini had failed in his attempt to "shove the government out."

With 99% of the ballots counted, incumbent PD governor Stefano Bonaccini had won 51.4% of the vote compared to 43.7% for the League's candidate.

Opinion polls had pointed to a neck-and-neck race, and the defeat by almost eight points was a clear and rare reversal for Salvini, who had promised to serve the government with an "eviction order" if he won.

Italian government bonds rallied on Monday, with yields falling to their lowest in almost three months as markets saw the result as positive for the stability of the 5-month old government.

There was no obligation for the government to resign had Salvini won, but after eight consecutive regional election victories, another triumph in Emilia-Romagna would have put the fractious ruling coalition under intense pressure.

"I don't feel defeated, you can win and you can lose but if I lose I'll be happy anyway and I'll work twice as hard," Salvini said late on Sunday when the contest looked like being much closer than the final result.

His rightist bloc did secure a resounding victory in a separate regional election on Sunday in the underdeveloped southern toe of Italy, Calabria.

But the main prize was undoubtedly Emilia-Romagna, one of Italy's wealthiest regions, which is home to the Ferrari sports car and Parmesan cheese and has been an impregnable leftist stronghold for generations.

"Emilia-Romagna has sent a signal. Salvini knows how to talk about problems, but he doesn't know how to sort them out and the people have responded," Zingaretti said.

Underscoring the enormous interest in the ballot, turnout hit 68%, some 30 points up on the last such election in 2014.

But while the PD dodged disaster, its coalition partner, the anti-establishment 5-Star Movement, won just 3.5% of the vote in Emilia-Romagna and little more than 7% in Calabria.

The party was the largest group in 2018 national elections with 33% backing but has seen its support slide in recent months leading to a wave of defections among its lawmakers and the resignation of its leader Luigi Di Maio.

Its caretaker leader Vito Crimi said on Monday the party must stick together and continue to support the government.

Political analysts predicted that Sunday's results would weaken 5-Star's standing within the coalition and give the PD more power to drive its own policy priorities.

"Looking ahead, the government will likely continue to struggle to deliver on most policy fronts... The 5-Star will be internally torn, at the very least, until its planned congress in March," said Wolfango Piccoli in a Teneo research note, noting that the risk of a snap general election was lower.

In a political blunder, Salvini walked out of government with 5-Star last August, expecting to trigger a national election that polls predicted he would win.

Instead, 5-Star joined up with the PD and shunted him into opposition. Looking to exact revenge, Salvini has since concentrated all his efforts on winning a stream of local votes.

Bonaccini was helped in Emilia by a grassroots movement that sprang up during the campaign, earning itself the name "the Sardines" by packing local squares with anti-Salvini rallies.

The Sardines would probably have faded away if Salvini had won, but are now expected to try to give structure to their movement and try to bolster the center-left.

Salvini's anti-immigrant, anti-European message resonated during the campaign, as did his pledge to slash taxes.

But incumbent Bonaccini had one of the highest approval ratings of any Italian regional chief and his strategy of focusing exclusively on core local issues proved successful.