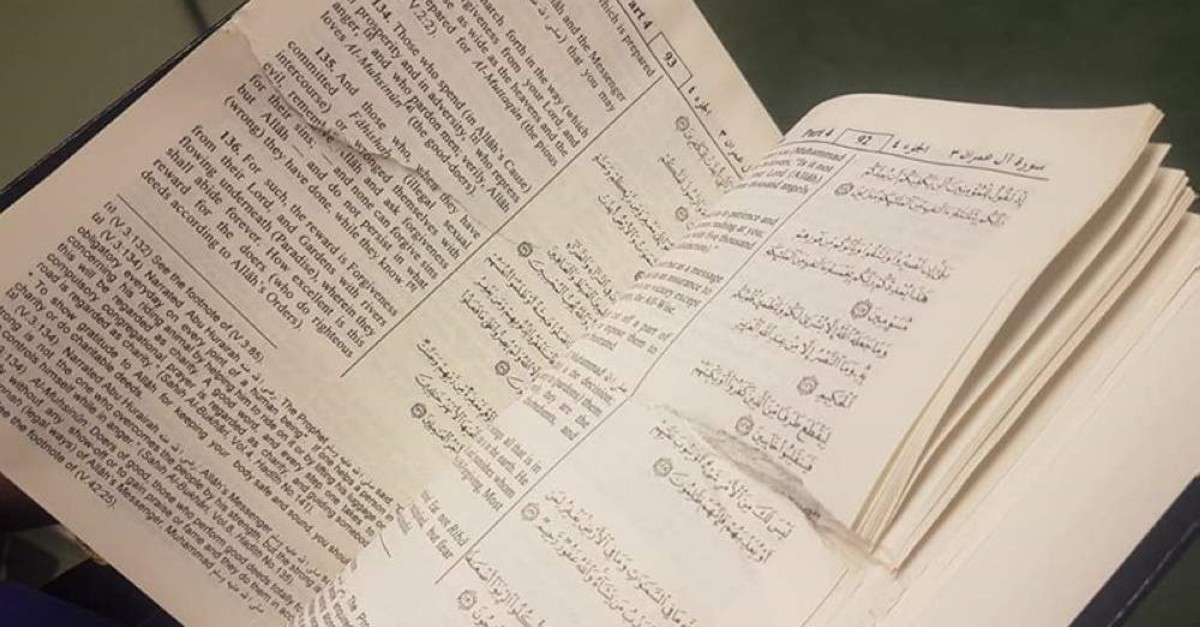 The Muslim prayer room of the Molndal hospital in the Swedish city Goteborg has been targeted in the second anti-Muslim attack in seven months. The incident occurred last Wednesday but the hospital officials learned of it Friday, the German Islamic magazine IslamiQ reported.

Local politician Mikail Yüksel told Anadolu Agency that the attack could be labeled "racist" and said that the unknown perpetrators tore pages of the Quran and vandalized the walls of the prayer room with degrading slurs.

"Just like in the previous attack, the pages of the Quran were torn," Yüksel said. The attackers aimed to offend Muslims with slurs against Islam and the Prophet Muhammad, he added.

Stating that the Muslim community is worried, Yüksel said that the hospital did not have any security cameras in the section where the prayer room is. "If they had security cameras, the perpetrators of the first attack could have been caught," he said, urging authorities to install cameras as soon as possible.

The head of security, Peter Alverman, said that they will try to gain more information about the incident and discuss how to prevent such vandalism.

Police have examined the prayer room and launched an investigation.