Around 40% of Germans reluctant to rent to migrants 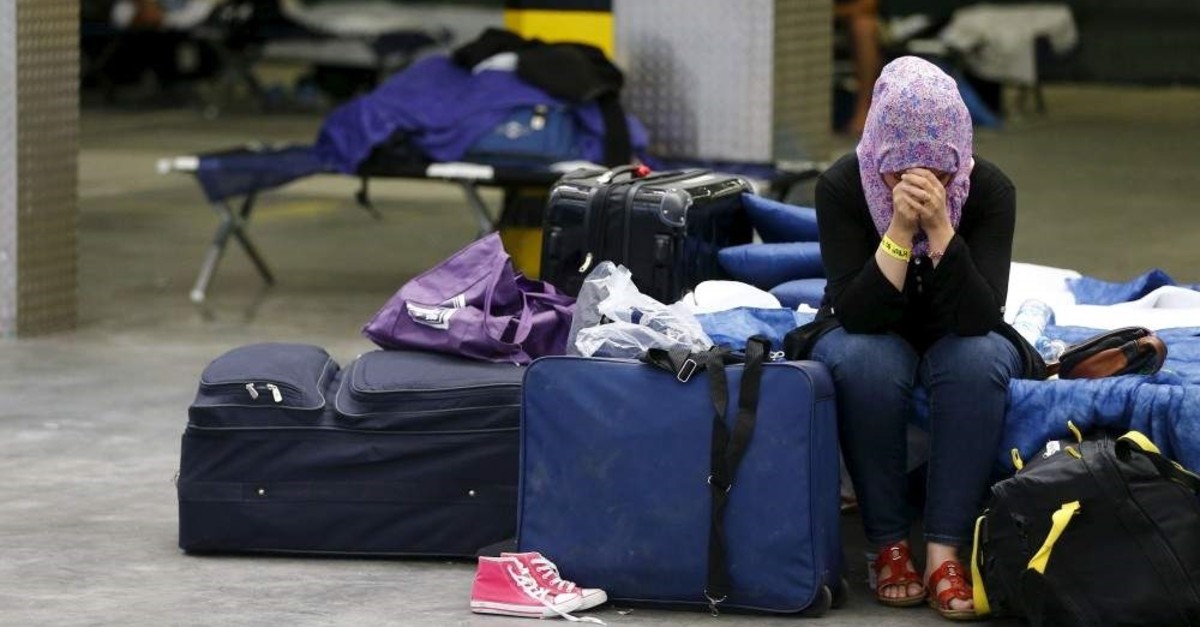 A Syrian woman cries as she sits on a folding bed in a former newspaper printing house used as a refugee registration center for the German state of Hesse, Neu-Isenburg, Sept. 11, 2015. (REUTERS Photo)
by Daily Sabah with DPA Jan 29, 2020 3:22 pm

Around 40% of people in Germany would be seriously or very seriously concerned about renting a flat to migrants, according to a survey by the government's anti-discrimination agency, revealing a growing sense of hatred in German society against foreigners.

The data, released Wednesday, showed that almost 30% of those surveyed would be concerned about having a migrant as a neighbor. Over half expressed concerns about the prospect of renting a room to a migrant in their own home.

"Often it is enough just to have a foreign-sounding name in order to not be invited to an initial flat viewing. And unfortunately, openly racist flat advertisements are still an everyday occurrence," said Bernhard Franke, head of the government agency. Franke stressed that discrimination in the housing market violates German law and encouraged those affected to stay informed and take legal action when necessary.

The agency interviewed more than 1,000 German-speaking participants aged 16 and older between Oct. 16 and Nov. 1 for the survey.

Germany, like other Western countries, has watched with alarm as far-right attacks have increased in recent years as the political climate has coarsened and grown more polarized. Despite a post-war culture of repentance for the Nazi era and the Holocaust, Germany has not bucked a European trend of increasing hate speech and attacks against foreigners. Regarding the growth of far-right extremism, the risk of becoming a victim of a hate crime is 10 times higher for immigrants residing in cities in eastern Germany, according to another study.