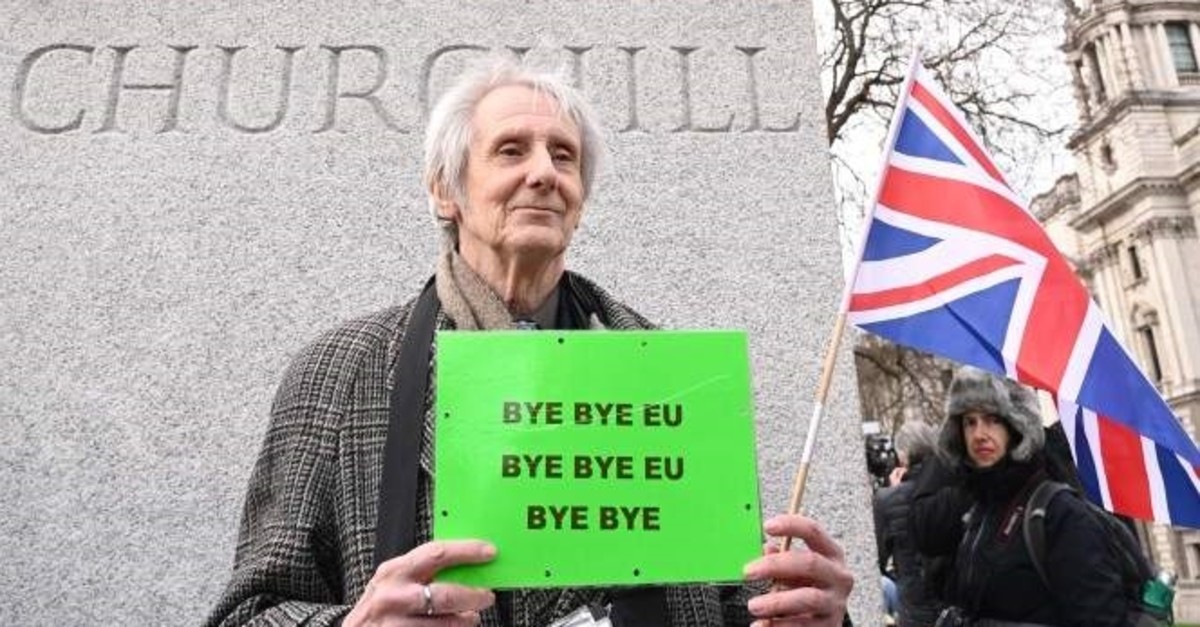 A man waves the Union Jack as he holds a placard under a statue of British statesman Winston Churchill near the Houses of Parliament in London on Jan. 31, 2020, on the day that the U.K. formally leaves the European Union. (AFP)
by German Press Agency - DPA
Jan 31, 2020 5:57 pm

After over three years of political deadlock and divisiveness among the British public about Brexit, the U.K.'s exit from the European Union has finally officially happened. However, public opinion looks to have shifted slightly.

As the country prepared to leave the bloc Friday, a leading analyst said that opinion polls suggested that about 53% of British voters want to remain in the European Union.

In the 2016 Brexit referendum, 52% of voters opted to leave the EU. Majorities in Scotland and Northern Ireland voted against leaving.

John Curtice, a political scientist at the University of Strathclyde, said about this slight shift observed in the polls, "Polling of how people say they would vote in another referendum still suggests, as it has done throughout the last two years, that the outcome of a referendum on Brexit held now would be different from the one that emerged from the ballot boxes in June 2016."

Curtice's written analysis claimed: "Our poll of polls, based on the six most recent polls of how people would vote in another referendum, on average currently puts Remain on 53%, Leave on 47%."

He said that there was no indication of "any significant change of mind among those who voted Leave."

It is important to note that the British never had the opportunity to have a second Brexit referendum. General elections served as measurement tools as political parties became representatives of different stances about Brexit.