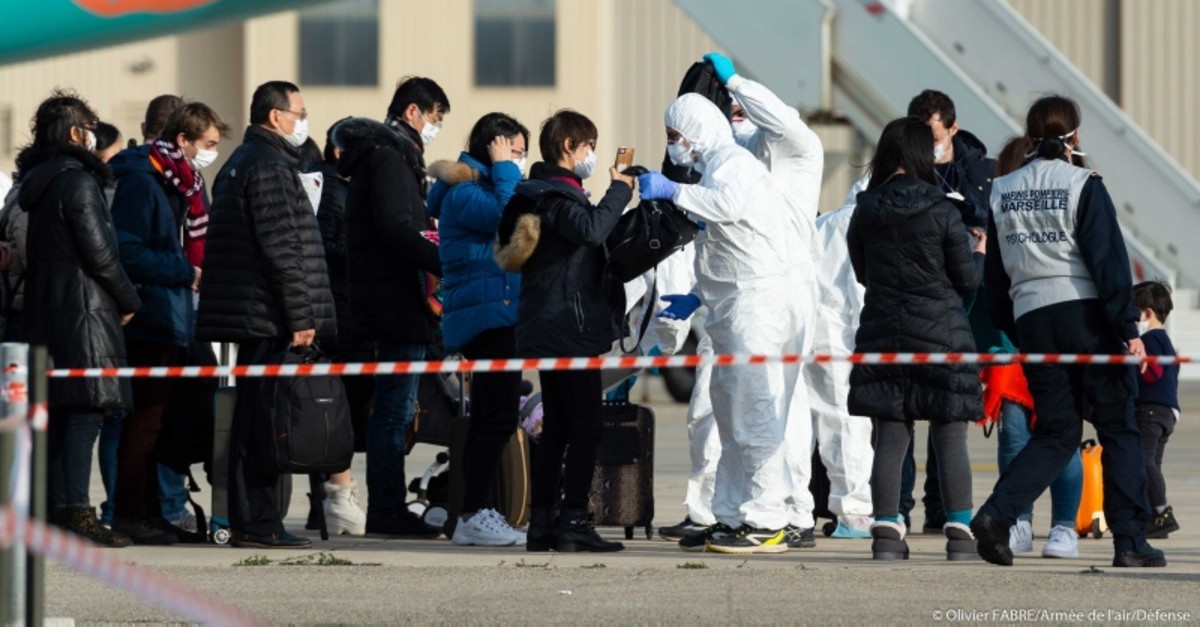 This handout photo shows passengers being checked as they disembark from a plane carrying French citizens flown out of the coronavirus hot-zone in Wuhan, upon their arrival at the Istres-Le Tube Air Base in Istres. (Photo by Handout / ECPAD / AFP)
by Feb 03, 2020 1:04 am

Around 20 of the 250 people flown back to France from China Sunday because of the coronavirus outbreak are presenting symptoms of the virus, the country's health minister said.

"About 20 people who presented symptoms have stayed on the tarmac" at Istres airport in the south of France, Agnes Buzyn told journalists. They included French and non-European nationals.

Army medics there were carrying out tests to establish whether or not they actually had the coronavirus and the results were expected later Sunday.

Sunday's flight was the second bringing evacuees back from China to France.

It was carrying 250 passengers, 65 of them French, said junior health minister Adrien Taquet. They flew out of Wuhan, where the virus was first detected, late on Saturday.

Some would stay in quarantine with the French nationals for 14 days while others would leave straight for their home countries if they showed no symptoms of the virus, he said.

A first planeload arrived on Friday and are currently in quarantine at a holiday village on the Mediterranean coast.

Two passengers from that flight were identified as possible cases of coronavirus, but tests on them came back negative.

So far in France, only six cases of coronavirus have been detected.