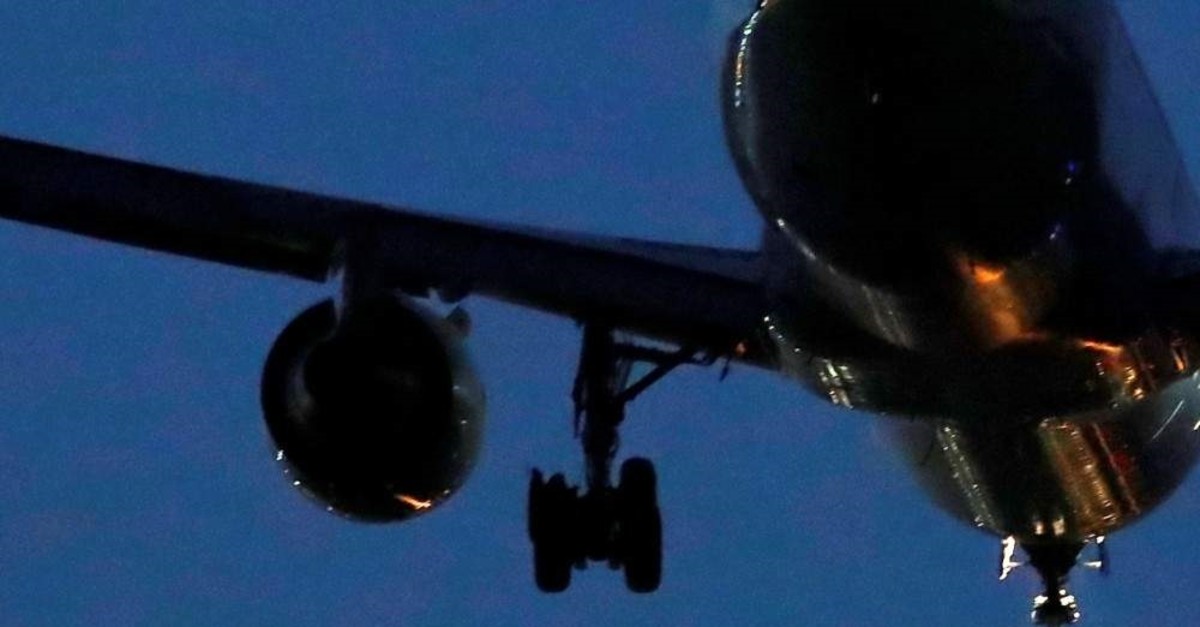 Passengers on an Air Canada Boeing 767 that made a safe emergency landing in Madrid Monday evening have described how they spent hours flying in circles to burn fuel in a tense calm.

Toronto-bound flight AC837, carrying 128 passengers, departed from the Spanish capital in the early afternoon but had to request an emergency return almost immediately after one of its two engines was damaged and a tire ruptured during takeoff.

Brock Mierzejewski, from Vancouver, who was on the plane with his parents, told The Associated Press: "Obviously a lot of nervous tension while we were in the air, but the pilots did a terrific job landing the plane."

"We are still in a little bit of shock but glad to be safe," Mierzejewski said shortly after the plane landed at the Adolfo Suárez-Barajas international airport. It was quickly surrounded by emergency vehicles, firefighting trucks and ambulances.

There was no immediate information on what had caused the malfunction.

"Landed safely, everything is ok!" said Guido Fioravantti, from New York, whose father was on the plane and had told him that the cabin had remained "calm and collected" during the ordeal.

"Pilots train for this a lot, so no reason to panic. It's also more common than many people would think," Fioravantti said.

The plane spent close to four hours flying in circles near Madrid, burning off fuel before it was light enough for landing. Spain's Defense Ministry dispatched an F18 fighter jet to evaluate the damage done to the landing gear.

In a statement, the airline said the plane "experienced an engine issue shortly after takeoff" from the same airport, as well as a ruptured tire — one of 10 on the Boeing 767-300. It added that the aircraft "is designed to operate on one engine and our pilots are fully trained for this eventuality."

A spokeswoman with Spain's airport operator, AENA, told the AP that the airline had requested a slot for an emergency landing some 30 minutes after takeoff.

A spokesman for Enaire, Spain's air navigation authority, said the plane's landing gear did not fold up properly on taking off and that a piece of it may have damaged part of one of the engines.

The officials were not authorized to be named in media reports.

It was the second incident of the day at Madrid's international airport, the busiest in the country. Earlier on Monday, the airport closed for over an hour due to the reported sighting of drones in the vicinity.