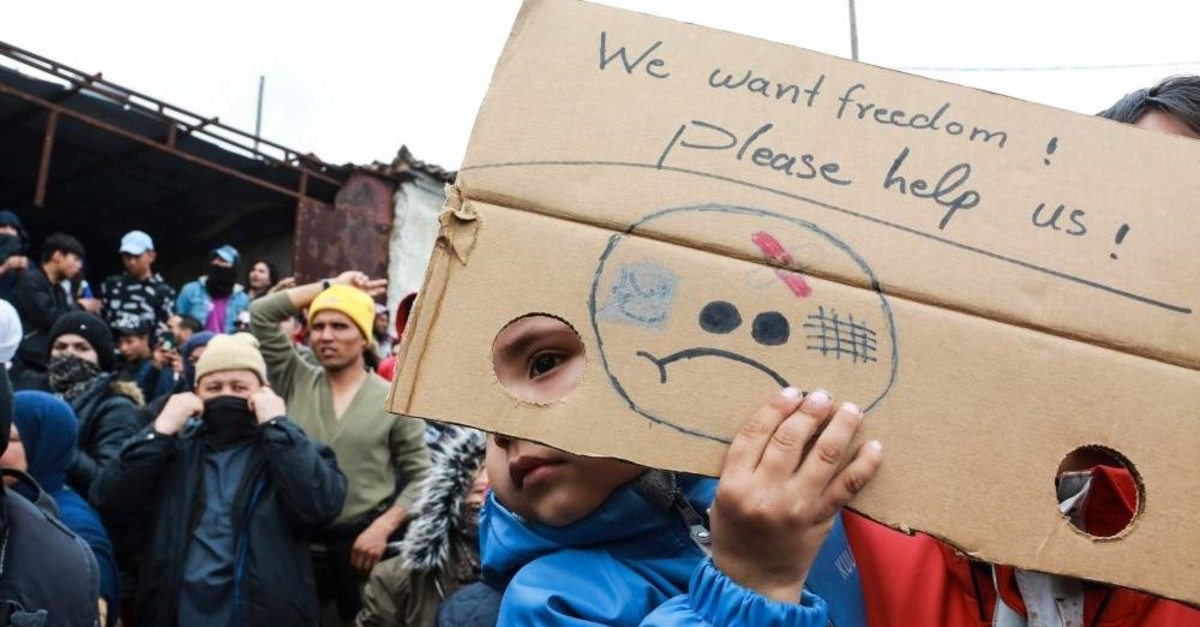 Greek police on Monday fired tear gas to disperse migrants and refugees protesting the conditions in migrant camps on the island of Lesbos and the slow pace of processing asylum requests. Violence broke out near the Kara Tepe camp, a police official said, after hundreds of people marched from the island's congested migrant camps to the city of Mytilene. Aid groups have described living conditions in some of Greece's island camps as appalling.

A Reuters witness said the protesters were mainly women and children. They held signs reading "Freedom." Some evaded a police cordon and crossed a slope to reach Mytilene, where a group tried to set up tents.

Lesbos has been one of the main gateways into Europe for migrants fleeing war and poverty in the Middle East and beyond. Hundreds of thousands of people passed through Greece at the peak of Europe's migrant crisis in 2015 and 2016. Last year, more than 74,000 refugees and migrants arrived in Greece, among them 3,500 children, according to the United Nations High Commissioner for Refugees (UNHCR). Most of them arrived on the islands Lesbos, Chios and Samos, crossing from Turkey.

Last week, seeking to further discourage people from attempting to cross its sea and land border, Greece announced plans to rapidly beef up the border police by another 1,200 officers and even set up floating barriers off the islands. The plans stirred controversy with international organizations warning it could also hamper true refugees from accessing asylum.