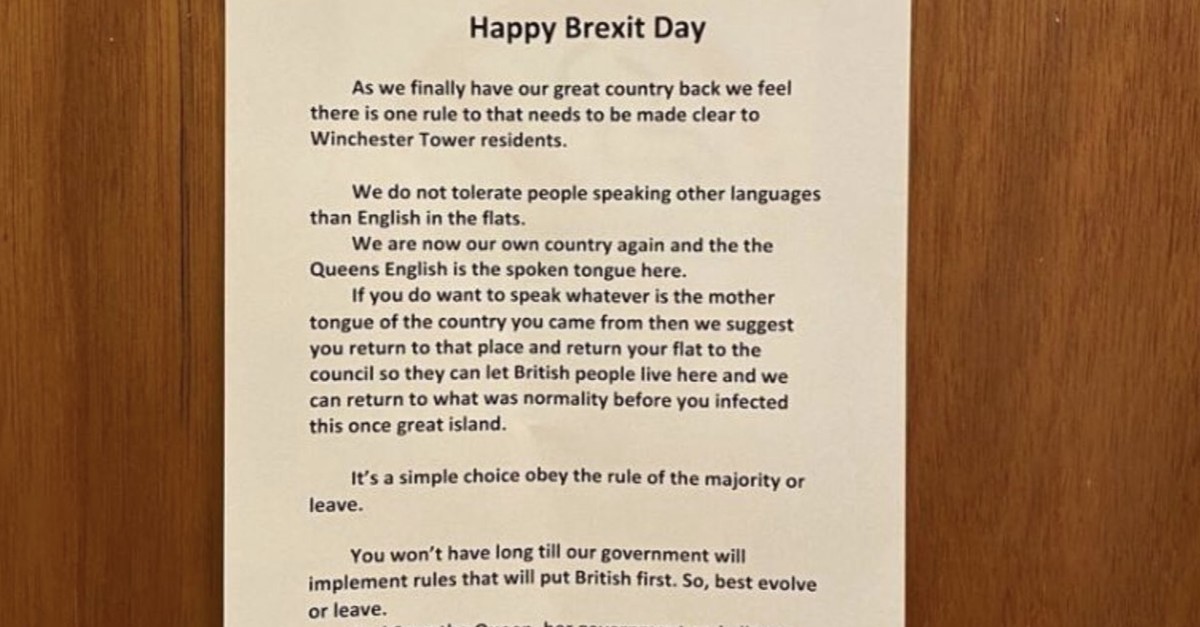 In the aftermath of the Brexit saga, a racist-motivated sign in a tower in U.K.'s Norwich was spotted on Saturday, which urged non-British natives to "obey the rule of the majority."

After a resident of the Winchester Tower apartment block spotted the printed-off warning, he immediately went to the police: "It's heartbreaking that someone could think like this," he was quoted as saying by the BBC.

"We do not tolerate people speaking other languages than English in the flats," the toxic sign said.

"We finally have our great country back... we do not tolerate people speaking other languages than English in the flats. We are now our own country again. Queens [sic] English is the spoken tongue here," the racists behind the sign added, pointing to the U.K.'s lengthy withdrawal from the EU.

"If you do not want to speak whatever is the mother tongue of the country you came from then we suggest you return to that place and return your flat to the council so they can let British people live here and we can return to what was normality before you infected this once-great island," the sign slurred.