Greece orders all NGOs to register in Aegean islands 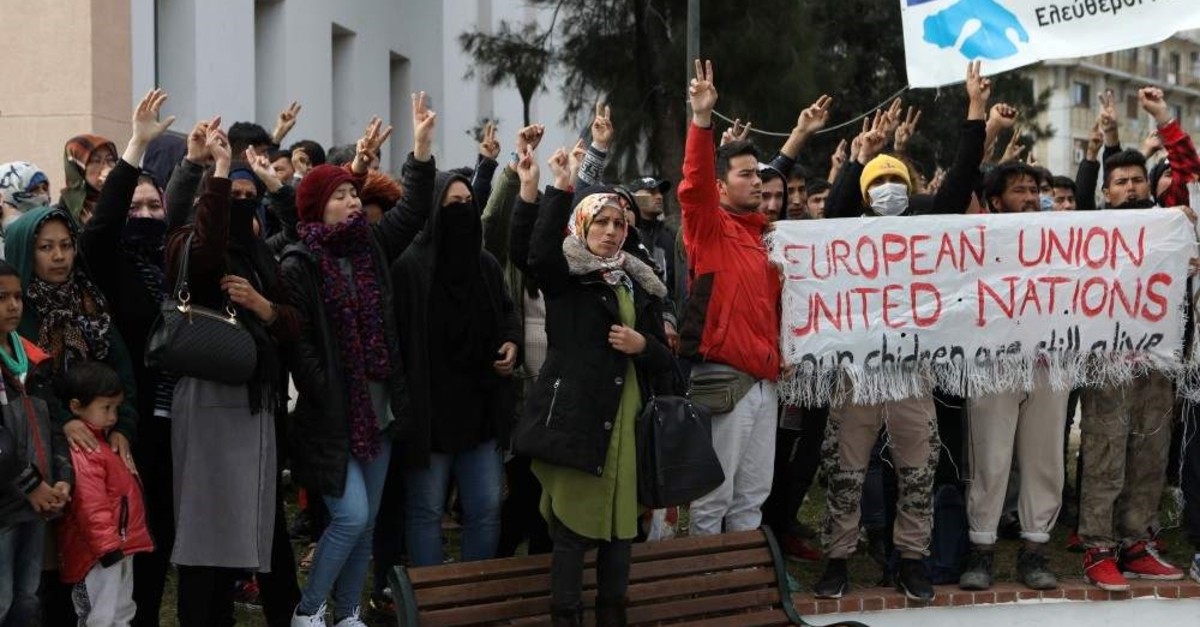 Refugees and migrants hold a banner and shout slogans outside the municipal theater of the city of Mytilene, Lesbos, Feb. 4, 2020. (REUTERS Photo)
by Compiled from Wire Services Feb 05, 2020 4:39 pm

Greece has ordered all nongovernmental organizations (NGOs) helping migrants on the Aegean islands to immediately register with the authorities, an official said on Wednesday. "These organizations sprang like mushrooms after the rain. Some behave like bloodsuckers," Deputy Migration Minister Giorgos Koumoutsakos told radio Protothema.

The parliament in Athens passed a relevant law in an emergency procedure the previous evening, seeking to bring order to the chaotic situation on the islands. Komoutsakos accused some of the organizations operating on the islands, where tens of thousands of migrants are stranded after arriving from Turkey, of abusing the volatile situation to tap EU funding. He voiced doubts that a protest of thousands of migrants on Lesbos, which ended with police firing tear gas to disperse the people occupying the island capital Mytilini, was spontaneous, implying that it was incited by some of the NGOs.

The Aegean Islands, which are close to Turkey, have been struggling with a resurgence in refugee and migrant flows. Lesbos' main camp in Moria hosts more than five times its capacity. Aid groups have described living conditions in the camp as appalling. Hundreds of migrants rallied this week on the Greek island of Lesbos to demand the faster processing of asylum requests.

On top of moving to accelerate the processing of asylum applications and deportations, Prime Minister Kyriakos Mitsotakis' government has taken or plans to take other steps to ease the burden of migrant overcrowding on the islands. Last week, seeking to further discourage people from attempting to cross its sea and land border, Greece announced plans to rapidly beef up the border police by another 1,200 officers and even set up floating barriers off the islands. The plans stirred controversy with international organizations warning it could also hamper true refugees from accessing asylum.