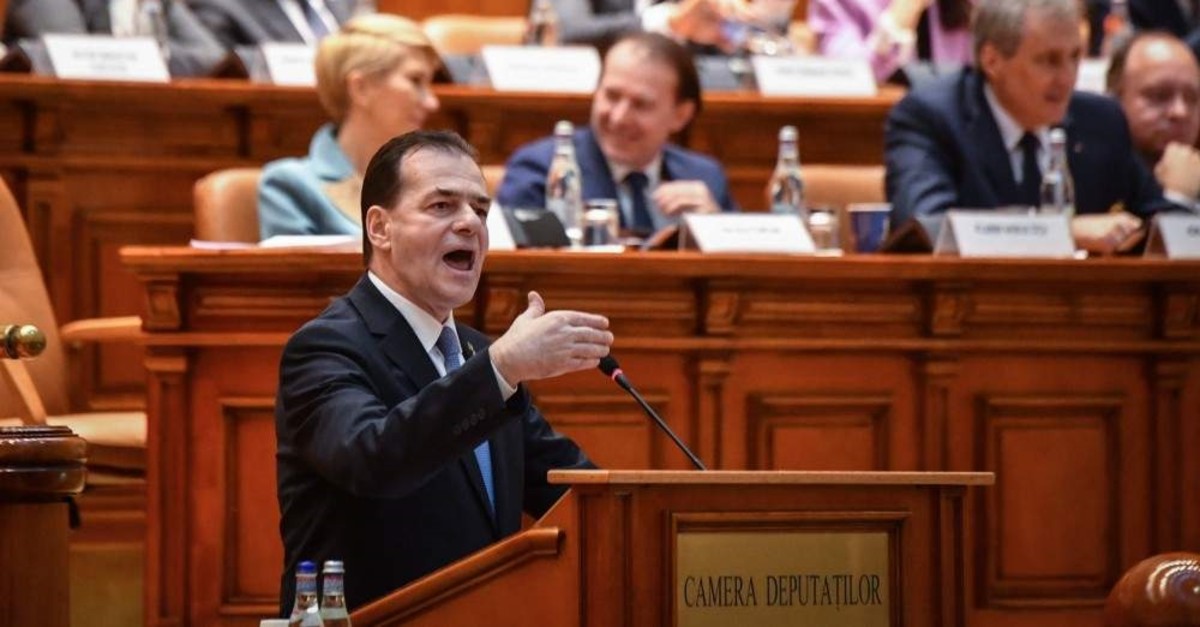 Romania's liberal government collapsed in a parliamentary no-confidence vote on Wednesday after only three months in office, a development that raises the prospect of early elections.

A total of 261 of 465 MPs voted in favor of a motion against the minority government led by Ludovic Orban, which took over in November. "The Orban government fell. It's a very big step for Romanian democracy," said Marcel Ciolacu, leader of the opposition Social Democrats (PSD), which had launched the motion.

The move was triggered by Orban's attempt to change the law for local elections, re-introducing a two-round voting system. The change won't be implemented now that the government has collapsed. The PSD is vehemently opposed because it sees the move as a threat to their chances of success in local elections due in June. Paradoxically, the collapse of its own government might benefit Orban's National Liberal Party (PNL), which wants an early election to capitalize on a currently large lead in the polls.

The PNL government was installed in November following a previous no-confidence vote against the former PSD-led administration.

President Klaus Iohannis must now appoint a new prime minister who in turn must try to assemble a parliamentary majority. According to the country's constitution, the president can only dissolve the parliament after two failed attempts to install a new executive within 60 days.

Romania has not held a snap election since the fall of communism 30 years ago.