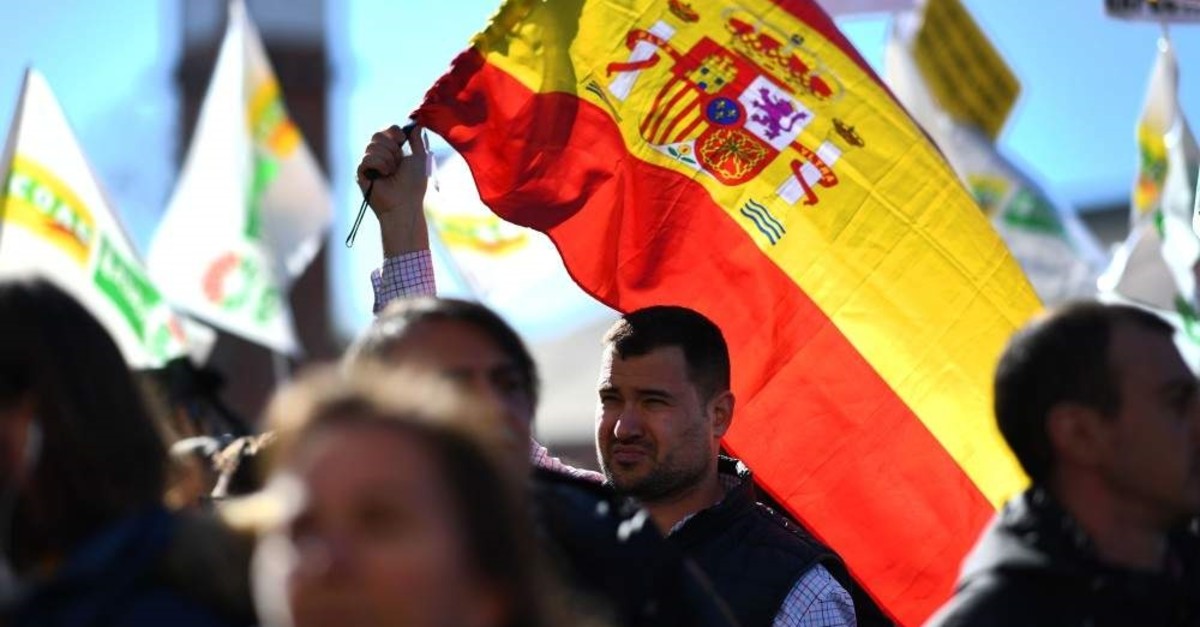 Hundreds of Spanish farmers protested falling product prices by driving their tractors to the Agriculture Ministry in Madrid Wednesday.

The farmers argue their livelihoods are at risk and that the government must put their plight at the forefront of its priorities. At the rally, farmers carried posters and banners that read "Let's save the farmers!" and "Who will give you food tomorrow?"

Farmers have hit the streets of other Spanish cities recently in rallies coordinated by the UPA, an umbrella organization representing the interests of small- and medium-sized farm operations. The farmers have directed much of their anger toward six grocery chains in the country which they say have undue control over the market and are using their power to force prices down. The demonstrators are warning of a general strike if solutions are not found soon.

Socialist Prime Minister Pedro Sanchez has attempted to show solidarity with the demonstrators and wrote on Twitter Wednesday that his government was determined to help farmers and that it "will not look away."

Spain is one of the largest agricultural producers in Western Europe. According to official figures, the agricultural and livestock industry employs around 800,000 people. Farmers have also held large demonstrations recently elsewhere in Europe, including the Netherlands, France and Germany.