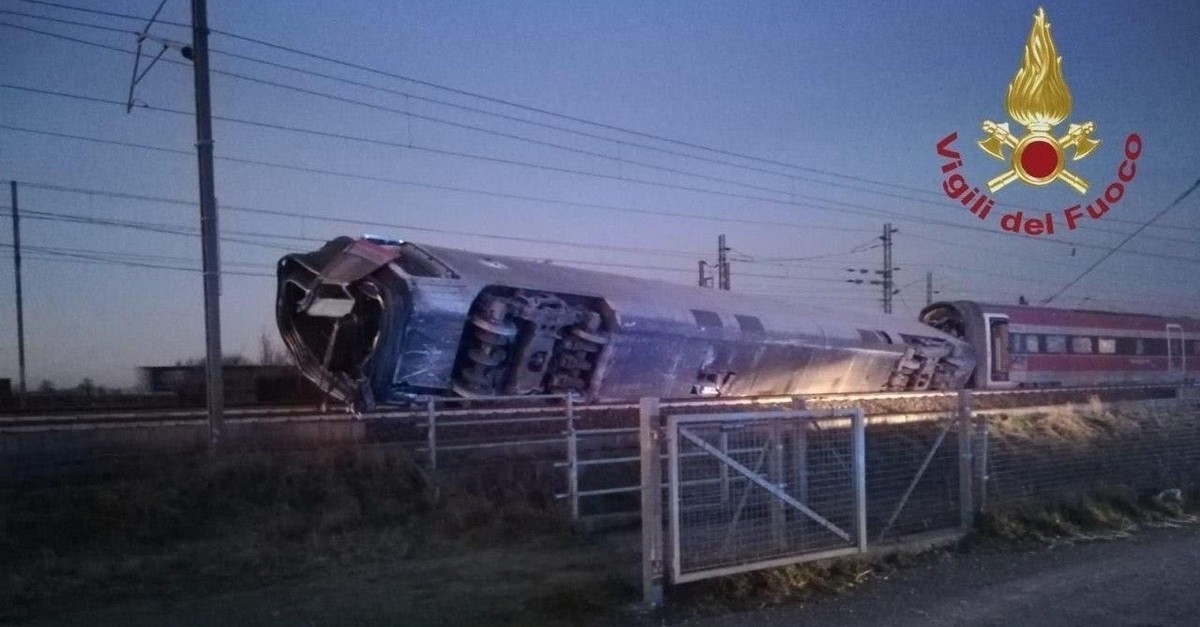 Two people were killed and about 30 others injured Thursday when a high-speed train derailed near Milan in northern Italy, local media said.

The accident occurred near the town of Lodi, about 50 kilometers south of Milan.

The Frecciarossa train went off the tracks at around 5:30 am (0430 GMT), Italian railway infrastructure company Rete Ferroviaria Italiana said.

According to local media reports, the two victims were the train drivers.

Public broadcaster RAI said none of the injured were in critical condition.

The passenger train run is part of a popular high-speed rail service known as Freccia Rossa, or Red Arrow service Borrelli says the train was traveling at 298 kph (about 180 mph) when it derailed, smashing into the other train.

The cause of the crash is under investigation