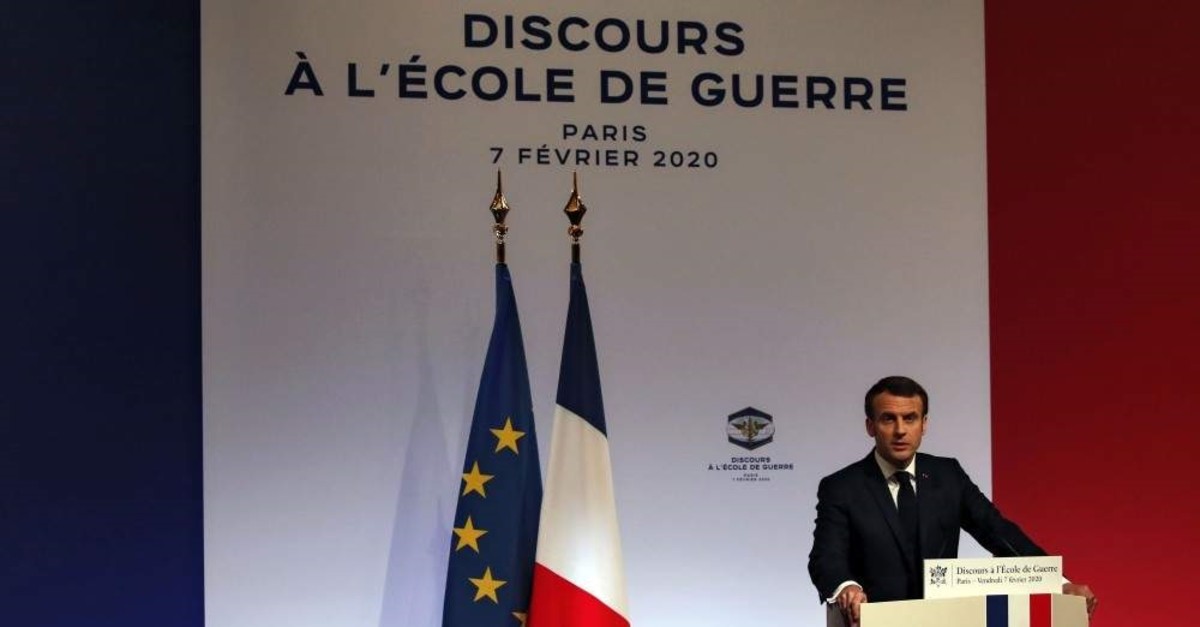 French President Emmanuel Macron advocated a more coordinated European Union defense strategy in which France and its arsenal would hold a central role on Friday.

Addressing military officers graduating in Paris, Macron set out his country's nuclear strategy in a bid to show leadership one week after nuclear-armed Britain officially exited the EU. France, the European Union's only nuclear power since Britain left the bloc, has long prided itself in its independent deterrent, built by World War II hero Charles de Gaulle and confirmed by French presidents ever since. Friday's speech was part of Macron's long-running push for a stronger European defense, as U.S. President Donald Trump has pulled away from European allies and admonished them to pay more for their own protection.

Macron highlighted how France sees its nuclear weapons as a deterrent against attacks from belligerent foes, though he conceded France's nuclear might is diminished after its military scaled down its arsenal to under 300 nuclear weapons. But the speech aimed to project strength, as Macron refused to sign any treaty at this stage to further reduce the French arsenal, announced an increase in military spending and positioned himself as the driving force for a united EU, using France's military clout to make his point. Macron also touted the French military's role in spots such as Africa's Sahel, where he has just pledged an additional 600 troops to fight extremists.

The central idea in the keynote speech, however, was that of a boosted Europe-wide role for the French nuclear arsenal in a more coordinated European defense policy. Macron said the strategy would prevent Europe "confining itself to a spectator role" in an environment dominated by Russia, the U.S. and China.

"Europeans must collectively realize that, in the absence of a legal framework, they could quickly find themselves exposed to the resumption of a conventional, even nuclear, arms race on their soil," Macron warned.

His remarks come at a time when NATO allies, who would ordinarily look to the U.S. for help in a nuclear standoff, worry about Washington's retreat from the multilateral stage. This could create new tensions within NATO, where Macron ruffled feathers last year by saying the lack of U.S. leadership is causing the "brain death" of the military alliance.

Last year, Russia and the U.S. pulled out of the Intermediate-Range Nuclear Forces (INF) treaty – dating from the era of the Soviet Union – and each blamed the other for its failure. Evoking the tearing-up of the INF treaty, Macron said he wanted the Europeans to propose their own "international arms control agenda together."

Macron's speech comes as a diplomatic freeze between the EU and Russia since Moscow's annexation of Crimea from Ukraine has rekindled fears of fresh conflict along Europe's eastern flank. France has broken with some EU nations by reaching out to restore dialogue with President Vladimir Putin, who controls the world's largest nuclear arsenal.