5 Britons tested positive for coronavirus in France after Alps stay 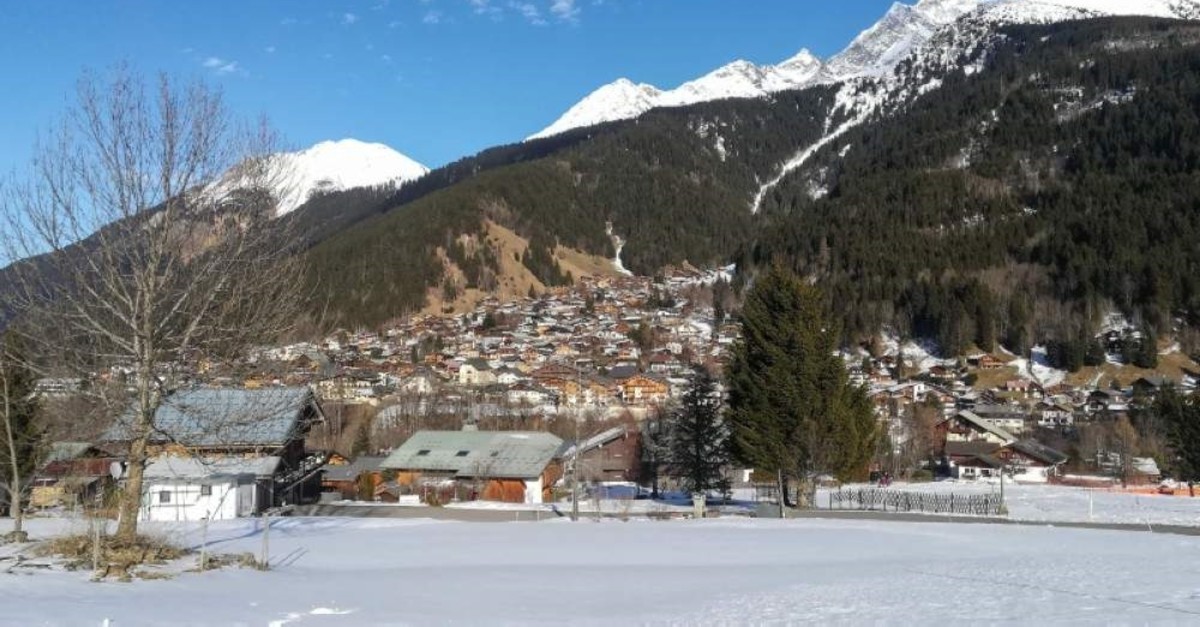 This picture taken on Feb. 8, 2020, shows a general view of Les Contamines-Montjoie, near Mont Blanc in the French Alps, where five British nationals including a child have tested positive for the new coronavirus in France. (AFP Photo)
by French Press Agency - AFP Feb 08, 2020 8:40 pm

Five British nationals including a child have tested positive for the new coronavirus in France, the health minister said Saturday, adding that they had all stayed at the same ski chalet.

France has now detected a total of 11 cases of the novel coronavirus. The new "cluster" is centered on a Briton who had returned from Singapore and stayed in Contamines-Montjoie, near Mont Blanc in the French Alps for four days from Jan. 24, Health Minister Agnes Buzyn said.

"They show no serious signs" of a life-threatening infection added Buzyn, herself a doctor.

The Briton at the center of the new cases is now in Britain and was not counted among the French tally, she told a press conference.

In addition to the five Britons who have tested positive for the virus, six other Britons staying in the same chalet have also been hospitalized for observation, the minister said.

Altogether there were seven adults on holiday in one apartment in the chalet and a father with his three children who lived in another, local authorities said.

Authorities in France and Singapore are now trying to contact people who came into close contact with the initially infected Briton, she said.

He was on a business trip and had stayed at a hotel on Jan. 22 for an event with 94 other foreigners, according to senior health official Jerome Salomon who attended the press briefing along with Buzyn.

Other "clusters" have been identified in Malaysia and South Korea around people who attended the same event, he said.

Singapore officials say 109 people in all – some of them from Hubei, the Chinese province at the heart of the health crisis – attended the meeting at the Grand Hyatt hotel.

All foreign participants have since left Singapore and the health authorities of their home countries have been notified, they added.

The U.K. authorities said they were aware of the latest development and were "contacting people who were in close contact with any of the cases that have been confirmed in the U.K., to provide them with health advice."

"We are working closely with the French authorities," Public Health England said in a statement.

The 11 Britons were sent to hospitals in Lyon, Grenoble and Saint-Etienne.

The novel coronavirus which erupted in Wuhan, central China, in December has already infected more than 34,500 people and killed more than 700, according to the latest official figures from China.

French local authorities, urging people to stay calm, said two schools where the British child, aged nine, had gone, would be closed next week to allow his contacts to be traced and investigated.

Parents of about 250 children in one school and some 100 in the other would be informed and questioned about their health, officials said.

"We start from the principle that children who do not exhibit symptoms are not infected but they will be under observation during the incubation period," said Anne-Marie Durand, head of the regional public health authority.

William Keevil, professor of Environmental Healthcare at the University of Southampton, noted how the latest case involving a child showed "that this virus is not limited to older, more vulnerable people and one infected person can cause a cluster of cases."

Michael Head, senior research fellow in global health at the same university, added: "Singapore is a major transport hub in Southeast Asia, so going forward, we may well find further international cases that have traveled through Singapore."

"The French ski resort will have citizens from numerous other countries there, so there are implications for potential onward transmission. Most of the six previous cases in France appear to have been treated successfully, though all are still in the hospital," he said.

Separately the French government ministry issued a warning against any travel to China unless there was an "imperative" reason to go.