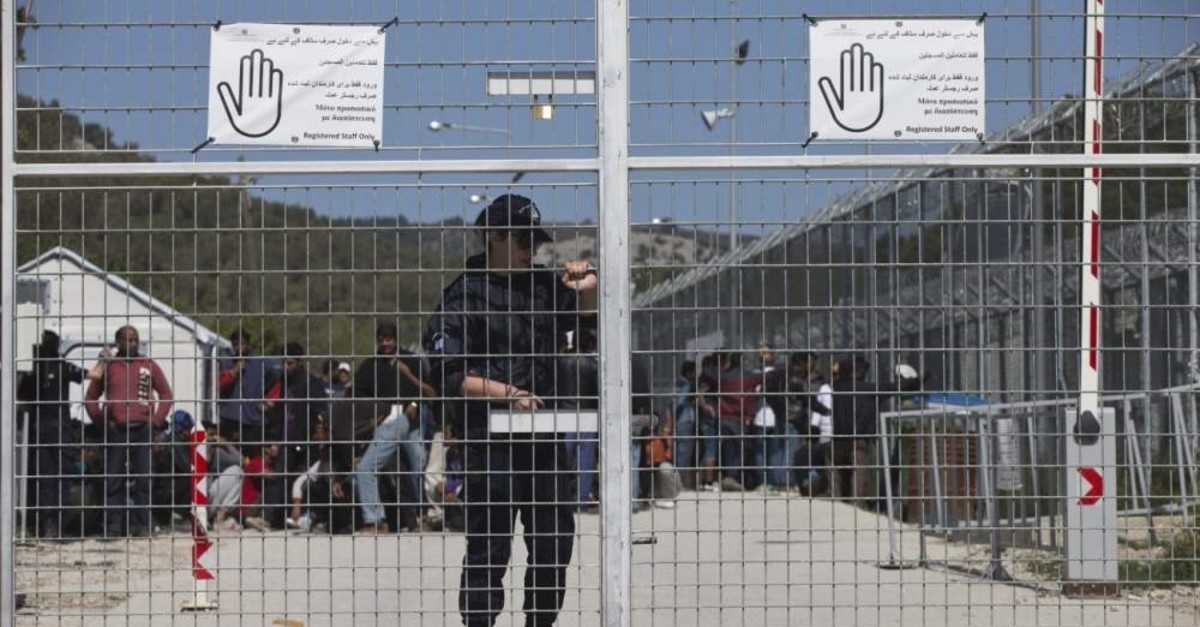 A Greek police officer closes the main gate of Moria camp as behind her refugees and migrants protest inside the entrance of Moria camp in the Greek island of Lesbos, Apr. 5, 2016. (AP Photo)
by Compiled from Wire Services Feb 10, 2020 5:49 pm

The centers on the Aegean islands of Lesbos, Chios, Samos, Leros and Kos should be completed within 90 days from the start of the construction, he said.

Prime Minister Kyriakos Mitsotakis wants to close the so-called hotspots, set up on the islands in 2016 to process asylum applications by tens of thousands of migrants arriving from countries such as war-torn Syria, via Turkey. But the camps have been unable to keep up with the number of people arriving and have become overcrowded.

Unlike in the existing camps, people in the new camps will be allowed to leave when granted permission, but only until the evening. In order to accelerate construction, the government issued a decree on Monday allowing the nationalization of land where necessary, with compensation, a spokesman said in Athens.

Seeking to curb the influx of people, the Greek government is boosting the border police presence by 1,200 officers on the islands and along the land border with Turkey. Last month, Greece announced plans to rapidly beef up the border police by another 1,200 officers and even set up floating barriers off the islands. The plans stirred controversy with international organizations warning it could also hamper true refugees from accessing asylum.