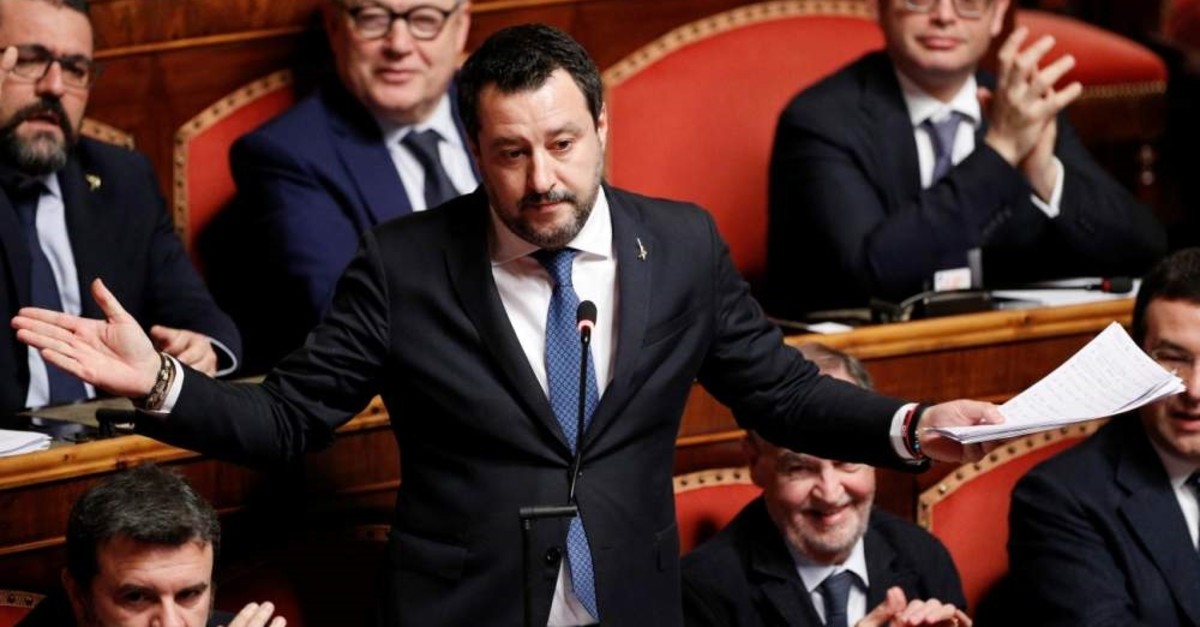 Italian senators voted on Wednesday to lift immunity for far-right leader Matteo Salvini, the head of Italy's League party who was serving as interior minister at the time, opening the way for a potentially career-ending trial over accusations he illegally detained migrants at sea last year.

The Senate's decision, which was displayed on a digital vote board, will send the former interior minister to trial for abuse of power and illegal detention, charges for which he faces up to 15 years in jail. Conviction could also bar him from political office, dashing his ambitions to lead a future government.

During his 14 months at the interior ministry, Salvini made tackling migrant boats a priority, barring ports to rescue ships and threatening the charities operating them with fines. In July, two weeks before he abandoned a coalition with the anti-establishment 5-Star Movement, he refused to let 131 rescued migrants disembark from the Gregoretti coastguard vessel, ignoring pleas from human rights groups to let the group come ashore.

Magistrates in Sicily say this was an abuse of power and amounted to de facto kidnapping. But under Italian law, former ministers cannot be tried for actions undertaken while in office unless parliament authorizes the investigation.

The Gregoretti investigation echoes another case from earlier last year when magistrates sought to try Salvini over his decision to keep 150 migrants aboard a coastguard ship for five days in August 2018. On that occasion, parliament blocked the request, with 5-Star rallying to his support, arguing that the decision to keep the migrants at sea was a collective one. This time, his one-time allies say he acted unilaterally without prior assent.