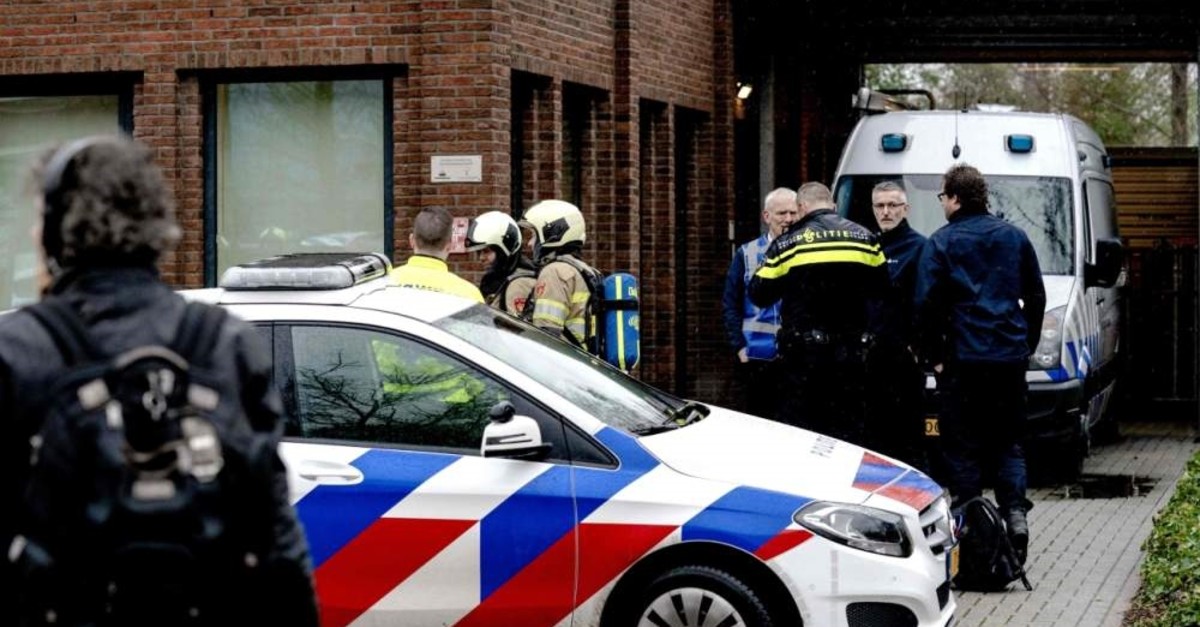 Police and emergency personnel gather during the investigation of a suspicious letter that was delivered to Unisys Payment Services in Leusden, Feb. 13, 2020. (Photo by Sander KONING / ANP / AFP) / Netherlands OUT
by Compiled from Wire Services Feb 13, 2020 5:11 pm

A letter bomb went off on Thursday at an office of ING Bank in Amsterdam, causing a "small explosion" in which no one was hurt, a spokeswoman for the bank said after the latest in a series of letter bombs sent to companies around the country.

Police said an ambulance had been sent to the ING building as a precaution after one person had inhaled smoke from the blast.

Earlier in the day, police found and disarmed a letter bomb at the office of U.S. information technology firm Unisys near the Dutch city of Utrecht.

Several letter bombs have been sent to businesses around the Netherlands recently. Police believe they are connected and have said the sender is demanding a ransom. No injuries have been reported. Police believe the two letters that detonated without harm this week, at mail rooms belonging to Dutch bank ABN Amro and Japanese printer company Ricoh, are connected with a series of letters that were sent to seemingly random business locations around the country in early January. Those included two hotels, a gas station, a real estate agent, and a car dealership, among others. None of the earlier letters detonated. Police say the person sending the dangerous letters is demanding a ransom of undisclosed size to be paid in bitcoin.