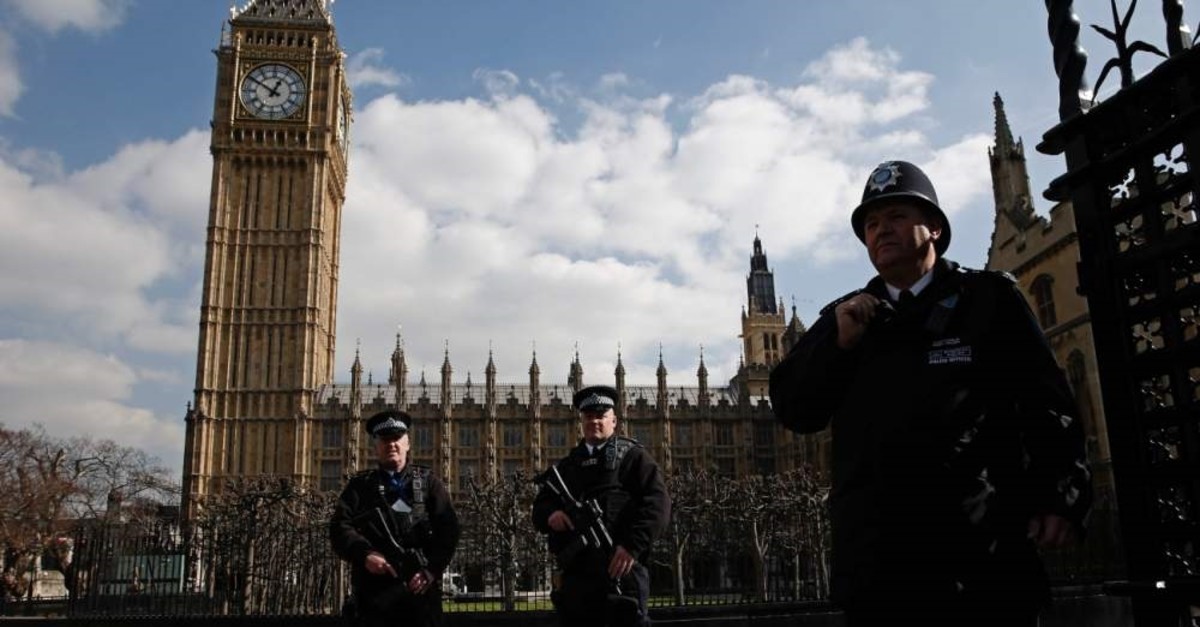 Armed British police officers stand on duty in front of the Elizabeth Tower, better known as ,Big Ben, outside the vehicle entrance to the Houses of Parliament, London, March 22, 2016. (AFP Photo)
by Feb 13, 2020 7:54 pm

Britain's Big Ben tower at the Houses of Parliament was more badly damaged by German bombs during World War II than originally thought, experts said on Thursday, as the bill for its restoration rose by 18.6 million pounds.

The 177-year-old tower has been swathed in scaffolding for the past three years as craftsmen refurbish its stonework and famous 12-tonne clock. Being able to get close to the 315-foot tower has allowed them to spot other problems like damage caused by pollution and asbestos.

The House of Commons and House of Lords Commissions said they had been told that to restore the tower to its previous splendor, the budget would need to rise from 61.1 million to 79.7 million pounds.

Ian Ailles, Director General of the House of Commons, said the task of restoring the tower had been more complex than anticipated.

"Alongside other issues, such as the impact of often inappropriate conservation methods used by our predecessors, the corrosive levels of pollution in the atmosphere and the discovery of asbestos in unexpected places, we have only now been able to fully understand the full investment required for this project," he said in a statement.

Among other problems, bomb damage inflicted on the tower during the war had been found to be more extensive than first thought.

Although the tower survived Nazi bombing, its roof and dials were damaged in a May 1941 air raid which destroyed the main House of Commons chamber.

The latest refurbishment of the structure, during which its 13-tonne Big Ben bell has been largely silenced, is expected to be finished next year.

Work on the structure, renamed the Elizabeth Tower in 2012, is separate from the planned full-scale restoration of the Palace of Westminster which has been estimated to cost 4 billion pounds and is due to start in the mid-2020s.