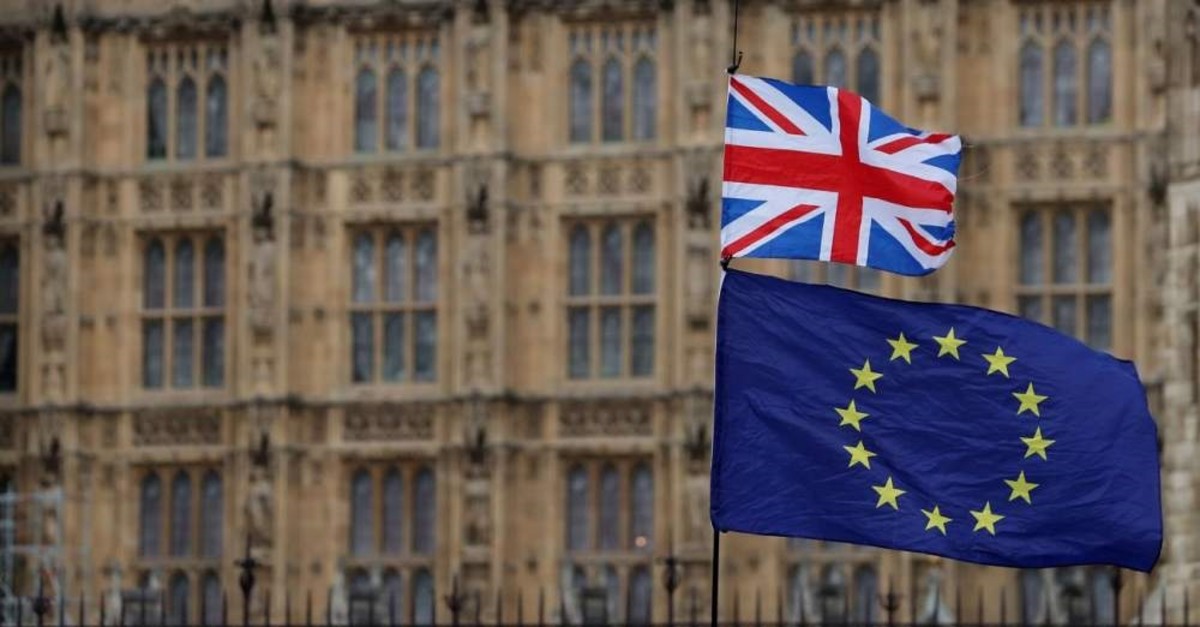 An anti-Brexit activist waves a Union and a European Union flag while demonstrating outside the Houses of Parliament in central London, Jan. 23, 2019. (AFP Photo)
by French Press Agency - AFP Feb 18, 2020 7:50 pm

London's mayor Sadiq Khan pushed the idea of an "associate" EU citizenship for Britons after Brexit, as he visited Brussels on Tuesday to see officials including the bloc's chief negotiator Michel Barnier.

"Many Londoners are heartbroken that we have left the European Union but we still very much feel part of the European family," he said.

He explained he was in the EU's de facto capital to "bang the drum" for London in terms of continuing investment following Brexit, "but also see if there is a possibility, even though we've left the European Union, of some sort of associate citizenship going forward."

That initiative was floated last year by the European Parliament's point man on Brexit, Guy Verhofstadt, as a nod to the close relations Britain nurtured with EU counterparts over the 47 years it was in the bloc.

It appeals to many Britons who want to retain the freedom of movement they had enjoyed across Europe allowing them to work, study and settle in more than two dozen countries.

But there is little chance of an associate membership being offered.

A withdrawal agreement struck late last year by Britain excludes such an arrangement. The prevailing legal opinion is that EU citizenship is contingent on citizenship of a country that is part of the European Union.

Britain left the European Union at the end of last month, in large part because it opposed EU freedom of movement rules. A transition period running to the end of this year allows it to trade as a member and for British citizens already in EU countries to retain residency rights.

The two sides are to use this year to negotiate an agreement on their future relationship, spanning trade, cross-migration, security and other issues. Britain has ruled out the option of extending the transition period.

Verhofstadt, who met Khan, insisted that "such an idea needs to be discussed around the negotiating table in the coming months." But, he added, "let's be very frank about it: We need to do a lot of work here in Europe to convince member states about that."