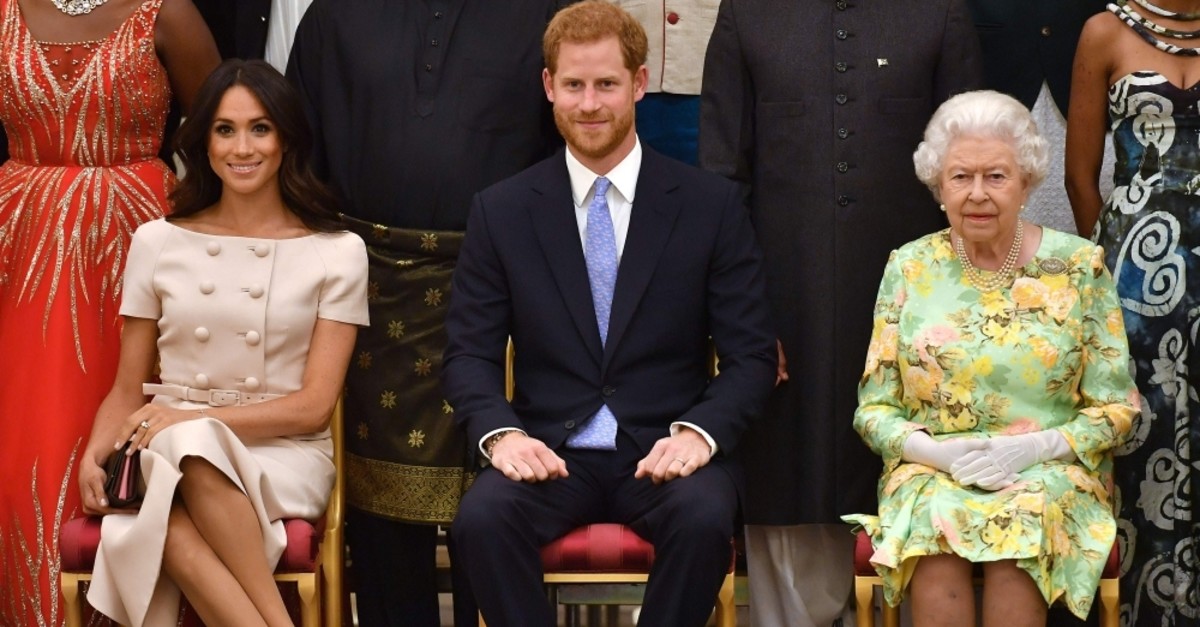 The British royal family is in discussions with Prince Harry and his wife Meghan over the use of the word "royal" in their branding after the couple abruptly gave up royal duties to start a new life in Canada.

Harry, Queen Elizabeth's grandson, and Meghan, duchess of Sussex, agreed with the queen last month that they would no longer work as royals after their surprise announcement that they wanted to carve out "a progressive new role" which they hope to finance themselves.

"As the Duke and Duchess of Sussex are stepping back as senior members of the royal family and will work towards financial independence, use of the word 'royal,' in this context, needed to be reviewed," a royal source said. "Discussions are still ongoing," the source said.

Harry and Meghan use the "Sussex Royal" brand extensively. Their website is named sussexroyal.com, and they applied to trademark the phrases Sussex Royal and Sussex Royal Foundation for use on books, stationery, clothing such as pajamas and socks, charity campaigns and the provision of training, sport and social care.

"As part of the process to transition the Duke and Duchess of Sussex into their new chapter, planning has been well underway around the launch of their new nonprofit organization. Details will be shared in due course," the royal source said.

Harry has spoken of his sadness at being forced to give up his royal duties in a deal with the queen, saying there was no other option if he and his wife Meghan were to seek an independent future away from stifling media intrusion.

Under the arrangement, Harry will remain a prince and the couple will keep their titles of Duke and Duchess of Sussex as they begin a new life split between Britain and North America, where they will spend the majority of their time.