Post-Brexit EU in search of expansion amid structural problems 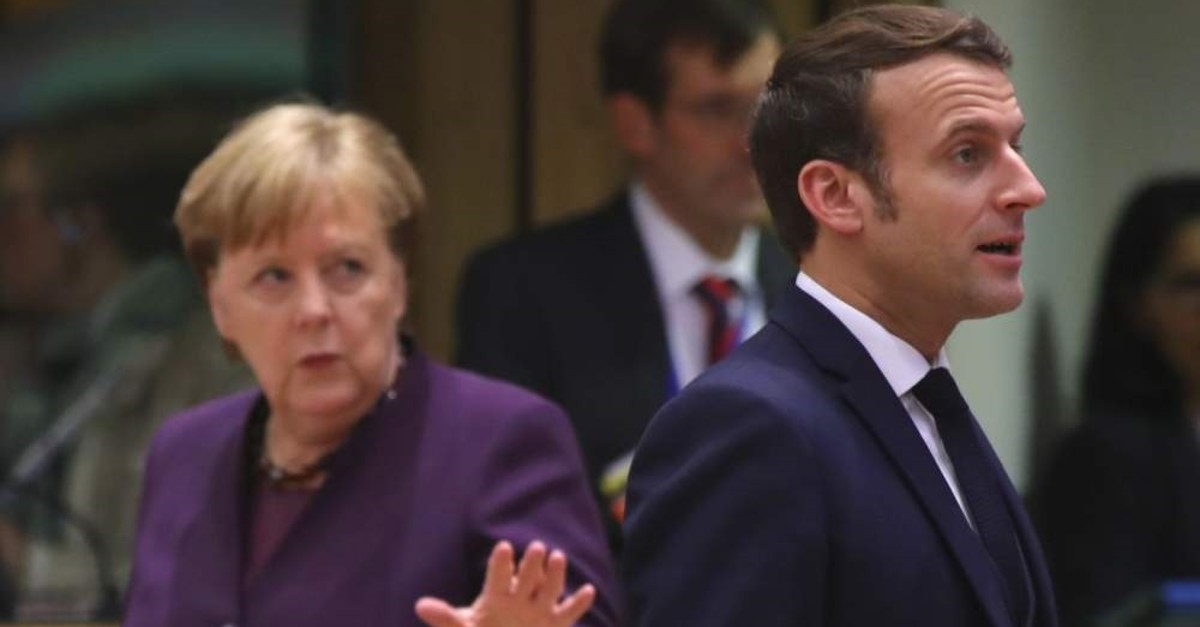 In the wake of the historical departure of one of its founding members, a sense of urgency has gripped the EU, as French President Emmanuel Macron assumed the leadership position and laid out his 10-year vision for its future.

Macron spoke last week on Saturday at the 56th Munich Security Conference and expressed his willingness for Europe's middle classes to ''become more integrated with the help of effective defense policy, a larger budget and integrated capital markets.''

Claiming that the continent was reaching a moment of truth concerning the decision for better integration and commonality, he proceeded to criticize other member countries' lack of urgency when it came to responding to issues concerning European sovereignty. The aggressiveness in his tone seemed to highlight awareness of his own hand in the current situation and problems of the EU, as well as concern about the latter's future.

To counter these issues, talks over better integration within the union and a reform of the accession process have increased, especially in light of Brexit. Macron had blocked the start of EU accession talks with Albania and North Macedonia back in October, following a European Council summit.

Then-EU chief Jean-Claude Juncker said at the time that Macron's stance was a "grave, historic error," while top EU enlargement negotiator Johannes Hahn said the blockage was "not a moment of glory for Europe." The European Commission recently submitted a stricter and reversible EU accession procedure to meet the conditions set by France ahead of a summit on the Balkans in May.

Last Saturday came the announcement that Macron was ready to convince the French opposition to start EU accession negotiations with the two countries.

The French president's justification for his previous stance consists of his idea that the accession process should become less teleological, as well as reversible. In other words, a stricter system could be put forth for countries aspiring to become EU members, such as Bosnia-Herzegovina, Kosovo, Montenegro and Serbia in addition to Albania and North Macedonia. By doing so, the EU will be looking to preserve its values and tackle certain countries' integration problems by simply not accepting them if they do not either meet these values or fail to display satisfactory potential concerning their ability to do so.

Emre Gönen, an international relations expert at Bilgi University in Turkey, champions the idea that the integration issue can not be resolved through harsher accession systems, as it relates to the very deep structural problem at the heart of the EU.

''A total of 12 countries signed the Maastricht Treaty. The initial aim was to establish a deepening and expanding multidimensional Europe with a soft economic sphere around the focus member countries. However, historical events like the Bosnian War have pushed the EU to accept new members with the intention of preventing civil wars and limiting Soviet influence in Central and Eastern Europe. The EU now consists of 27 member states, of which some have failed to internalize EU values, and now it's a little too late.''

He added that there was a need for tedious, serious and profound long-term structural reforms that could help tackle the current internal crisis of the EU. ''Currently, the union is one dimensional. Either you are a member or you are not. This makes any kind of internal categorization impossible while complicating the implementation of any kind of reliable control mechanisms.''

A new era in defense policies

The post-Brexit era has also resulted in a re-evaluation of the EU's defense policies, as Macron made sure to keep the latter a relevant topic in his attempt to put France's nuclear power on the map and divert attention from the domestic problems that he is currently pinned down by in France.

Until very recently, the U.K. and Germany were the two main factors keeping the EU's trust in NATO and the U.S. alive, while keeping France marginalized in security politics. But now, with the U.K. out of the picture entirely, Germany has become increasingly wary of U.S. President Trump's nuclear policies. The latter is too busy competing with Russian President Vladimir Putin on numerous fronts, while NATO is in turmoil and Macron is now looking to assume the responsibility of Europe's regional security.

The issue here lies in the fact that nuclear policies, even when they are claimed as a deterrent, are contradictory to what the bloc wants to project to the world in its future. Additionally, a January survey conducted by the International Committee of the Red Cross has pointed out that 81% of French respondents deemed the use of nuclear weapons unacceptable.

Macron would be walking a very fine line on this front, by both risking his public image in his own country and damaging what the EU strives to represent in a new, post-Brexit era.