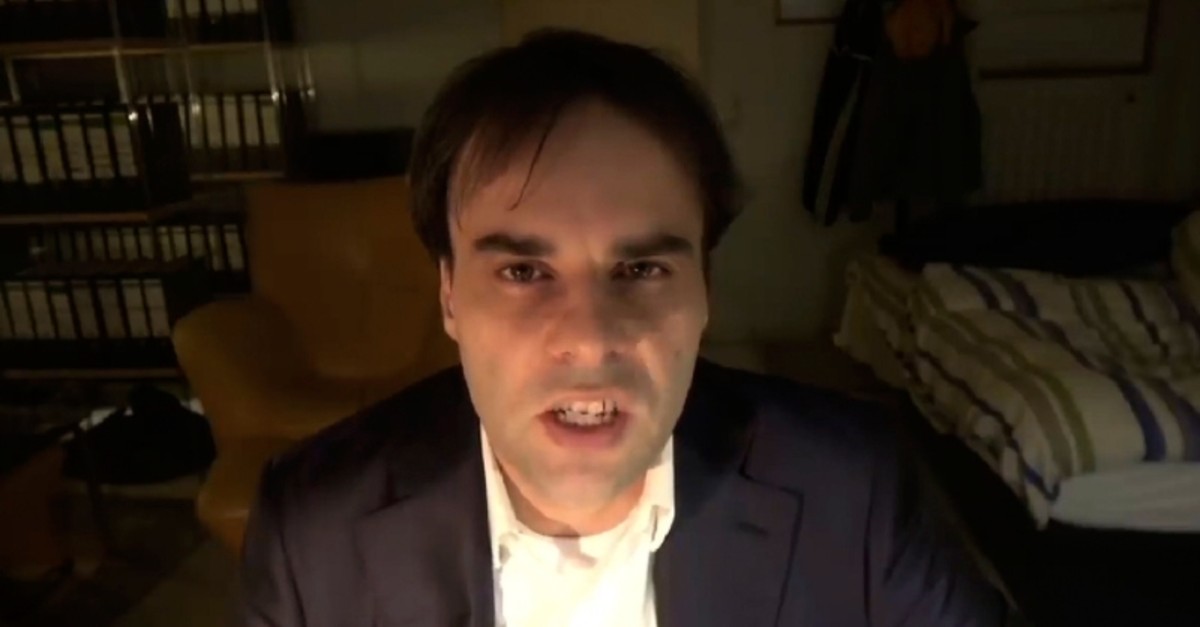 In this image taken from an undated self-recorded video, a man who identifies himself as Tobias Rathjen makes a statement.
by Compiled from Wire Services Feb 22, 2020 3:57 am

German officials confirmed on Tuesday that they had received a letter from Tobias Rathjen, the far-right terrorist who killed nine people in Hanau, last November in which he sought help from authorities in stopping the surveillance he believed he was under. The letter didn't ring any alarm bells with prosecutors, officials said.

He first attacked a hookah bar and a neighboring cafe in central Hanau on Wednesday night, killing several people, before heading about 2.5 kilometers west and opening fire again, first on a car and then a sports bar, claiming more victims.

Chancellor Angela Merkel said that while the circumstances of the attack still needed to be fully investigated, the shootings exposed the "poison" of racism in German society. She pledged to stand up against those who seek to divide the country.

Hanau is about 20 kilometers east of Frankfurt. It has about 100,000 inhabitants. Hookah lounges are places where people gather to smoke flavored tobacco from Middle Eastern water pipes also known as shishas.