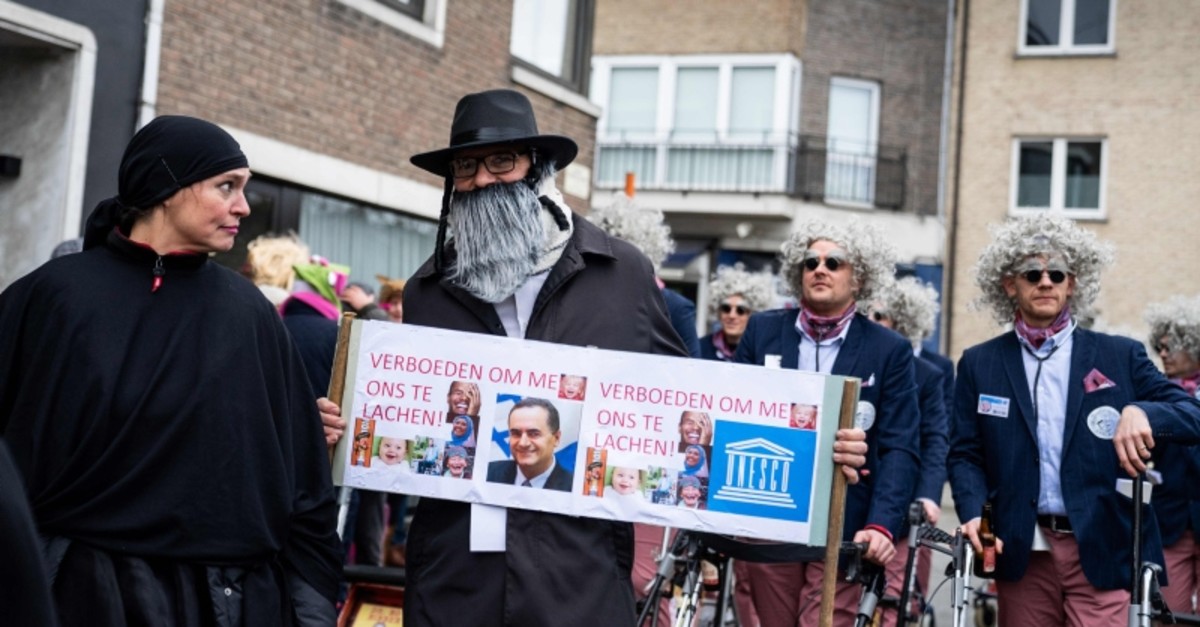 A satirical Belgian carnival parade decried by Israel's foreign minister as "hateful" went ahead Sunday despite being withdrawn from the U.N.'s list of recognized cultural events over accusations of racism and anti-Semitism.

After a float in 2019 featured caricatures of ultra-Orthodox Jews standing with bags of money, organizers in the city of Aalst faced calls to cancel the centuries-old parade, which was included on UNESCO's cultural heritage list in 2010.

Israel's Foreign Minister Israel Katz said on Twitter on Thursday, "Belgium as a Western democracy should be ashamed to allow such a vitriolic anti-Semitic display," calling on authorities to ban "this hateful parade."

Organizers and participants said the Aalst carnival, which pokes fun at religious, ethnic and social groups, including the British and Belgian royal families, was not against Jews.

"Nobody is targeted," said 21-year-old student Jielke, one of the thousands of revelers who turned out despite a winter storm.

"Last year there was a lot of fuss, but we want to make fun of everyone," she said, standing in front of a float with an effigy of an Arab man as a snake charmer.

UNESCO noted the carnival's "slightly subversive atmosphere" when including it in its list of "Intangible Cultural Heritage of Humanity" in 2010, according to its website. It removed it in December 2019, after a request by Belgium and the city of Aalst, which had expected to be taken off the list.

Of some 60 floats, a handful made fun of religion, including one effigy of an ultra-Orthodox Jew with boxes of diamonds. Another was as a mock-up of the Western Wall, the Jewish place of prayer and pilgrimage, in Jerusalem.

A Reuters witness saw one group of men wearing the so-called rabbi kit of oversized noses, side locks and black hats.

The 75th anniversary of the liberation of the death camp Auschwitz and a resurgence of anti-Semitism worldwide have heightened sensitivities outside Belgium to the event.

"You can have fun with everybody, but there's a limit," said Philippe Markiewicz, president of the Israelite Consistory of Belgium, the official representative of Jews in the country.

Organizers said there was no suggestion of making fun of the Holocaust. "My city is neither racist, nor anti-Semitic," Aalst Mayor Christophe D'Haese told a news conference.

Nine months in preparation, the celebration is a procession of effigies of giants and includes a broom dance in the central market to chase away the ghosts of winter, as well as a parade of young men dressed as women with corsets and prams.

Some of the carnival's mockery was turned on itself. In two floats, effigies of local politicians held toilet rolls with the words "UNESCO" and "censorship" written on them.