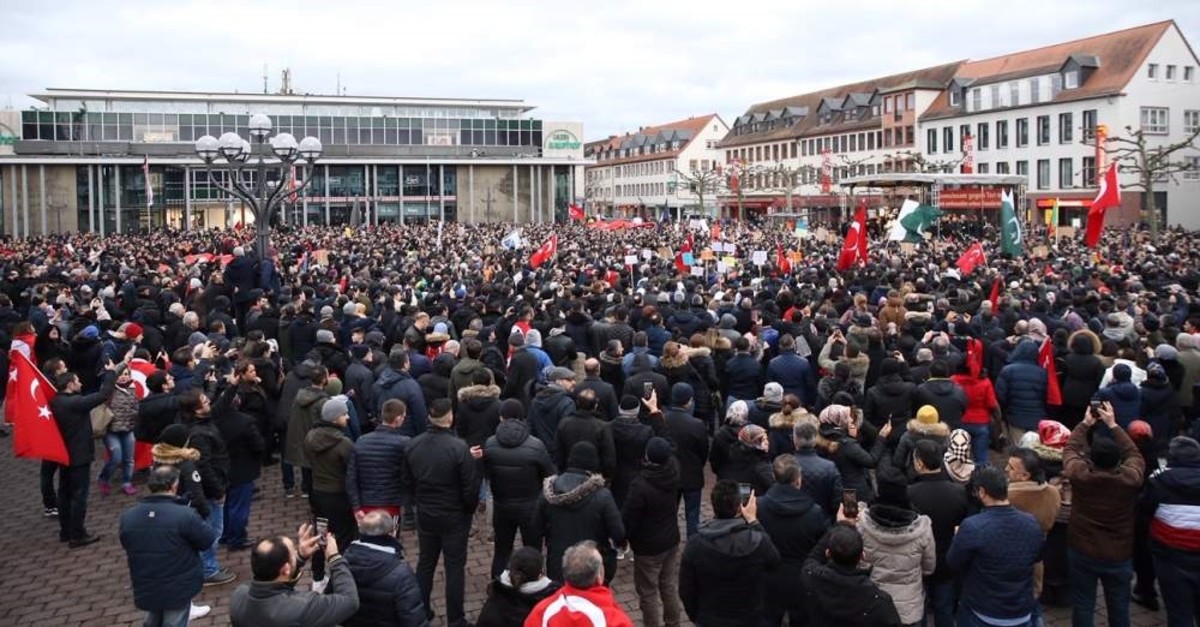 Several thousand people came together in the western German town of Hanau on Sunday to commemorate the victims of the deadly racist attack four days earlier.

"It is important for us to fly the flag – against terrorism, xenophobia and anti-Muslim racism," co-organizer Teyfik Özcan said. "Our message is: We are Germany. We belong together."

An initiative made up of associations from Hanau had called for the commemoration of the victims Sunday at a rally and a march from the crime scene in Kurt Schumacher Platz to the town's market square.

According to initial police estimates, around 6,000 took part in the march.

Some held up signs saying: "Love for everyone. Hate for no one."

Turkish flags and photos of those killed were also on display.

A rally was scheduled to take place later in the afternoon where the Turkish Ambassador Ali Kemal Aydin, Hanau Mayor Claus Kaminsky and representatives of different religions were to speak.

A 43-year-old German is believed to have shot dead nine people with foreign roots on Wednesday evening.

The shooter is also thought to have killed his 72-year-old mother before turning his gun on himself.

It has since been revealed that the suspected perpetrator had a deeply racist mindset.

The organizers had expected around 3,000 participants for Sunday's event. On Saturday, around 6,000 people remembered the victims in a procession through the town in a separate event.

Green Bundestag member Cem Ozdemir, together with representatives of the Kurdish community in German, laid a wreath in Hanau on Saturday.

Mayor Kaminsky called for prudence in dealing with online sources about the attack in Hanau.

The origins of the speculation should be critically questioned, he said in a message published on Sunday. Kaminsky warned, among other things, of conspiracy theories spread in online video messages.