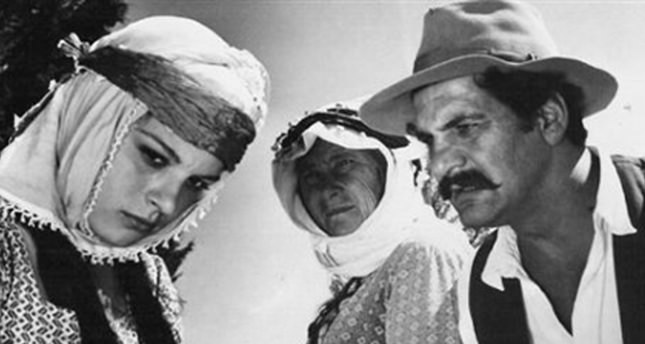 Twenty films from the Turkic world will be screened in Turkey's north-western city, Eskisehir, by the Eskisehir Turkic World Culture Capital Agency along with 20 foreign films and 50 local ones

Eskisehir will be hosting the "Uluslararası Turkuaz Sinema Günleri" (International Turquoise Film Days) between Feb. 24 and 27 as a part of events organized under the "Eskisehir: The Culture Capital of Turkic World" initiative. Twenty films from the Turkic world will be screened in Turkey's north-western city, Eskisehir, by the Eskisehir Turkic World Culture Capital Agency along with 20 foreign films and 50 local ones. The festival will also offer workshops and panel discussions to festivalgoers.

Hocakulu Narlıyev, Turkmenistan's genius director will hold a workshop called "Scenario Stories."
The workshop hones in on the ingredients for writing a film script.
Another noteworthy workshop is the "Make-Up Workshop," where Mimar Sinan Fine Arts University professors will give make-up application tips to participants. Alima Okeyev, daughter of Tolomysh Okeyev, a major name in Kyrgyz cinema, will attend the "Cinema of Tolomysh Okeyev" seminar. The current status, problems and future of Turkic cinema will be discussed during the "Turkic World Cinema" panel, which will feature many important names from the world of Turkic cinema.

A special Turkic film world exhibit, "Frames and Portraits from the Turkic Cinema World," will display scenes from movies shot in Turkic countries and provinces and portraits of the most important actors and actresses of the region. A three-volume encyclopedia prepared by Prof. Tevfik Ismailov, "History of Cinema in Turkic Republics," published by the Mimar Sinan Fine Arts University Fine Arts Foundation, will be distributed to attendees. The encyclopedia focuses on the contribution of the region to Soviet cinema and the lives and works of prominent directors. The director and former manager of Tanrıdag Uyghur Film Studios from the Xingjian Uyghur Autonomous Region, Firdevsi Azizi, who arrived in Turkey before the festival, stated that more cooperation is needed between the two countries, especially when considering their common cultural values. Azizi especially highlighted the importance of creating projects focusing on historical figures in the region.

Festival Director Ihsan Kabil, expressed the aim of the festival as "creating a common cinematic language and aesthetic, reflecting the common values, cultures and past in the region." Kabil also said that Turkey lies on very colorful grounds in the world and added, "If we improve cooperation with the Middle Eastern geography and the Muslim world, cinema will serve as another platform where problems in the region can be discussed, shown and solutions can be offered through the language of art."