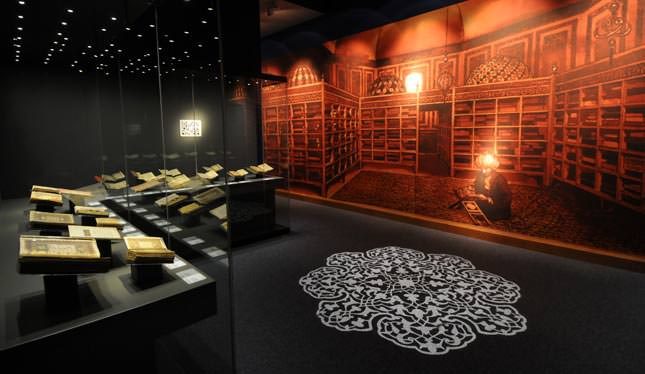 by daily sabah Mar 14, 2014 12:00 am
ISTANBUL – The Sakıp Sabancı Museum is hosting the "Distant Neighbor, Close Memories: 600 Years of Turkish & Polish Relations" exhibition to commemorate the 600-year anniversary of relations between the two countries. The exhibition is ends tomorrow, so hurry if you don't want to miss your chance to see the rare pieces on display The exhibition opened under the patronage of Turkish and Polish presidents and is supported by the ministries of foreign affairs and culture in both countries. Many of the exhibit items have been loaned from museums, archives, libraries, monasteries and churches in Poland, in addition to objects borrowed from the Topkapı Palace Museum, the Museum of Turkish and Islamic Art and the Sadberk Hanım Museum in Turkey. In total, there are 348 pieces on display.

The exhibition was organized with the financial and institutional support of the Sakıp Sabancı Museum and the Polish Ministry of Culture and National Heritage. The historical ties between the Ottoman Empire and the Kingdom of Poland began in the first half of the 15th century and are reflected in documents, maps, paintings, personal possessions of eminent figures, accessories and printed material.

The exhibition presents visitors with examples of traded goods, Ottoman tents, weapons and other artifacts. "Commercial and cultural relations between Poland and Ottoman Turkey, which began in the 15th century and reached their zenith in the 17th and 18th centuries, contributed immensely to the arts in both countries, particularly in influencing the tastes, dress sense and way of life of the Polish elite," said Sakıp Sabancı Museum director Nazan Ölçer. "Since a relationship going back 600 years could not be represented by material from Poland alone, we were obliged to find a contemporary Ottoman equivalent for every object brought from that country," he continued.
The museum's restaurant Changa serves menus inspired by Poland's traditional foods and cooking techniques.
Hurry to catch it before it ends!

When: Until March 15
Where: Sakıp Sabancı Museum, Tarabya