The Phantom and Beast to visit Istanbul 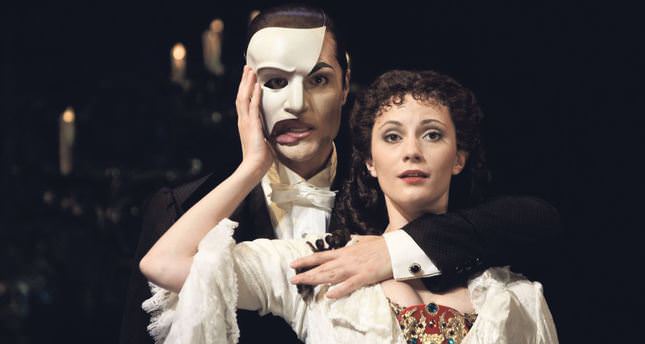 ISTANBUL — Disney's Tony award winning "Beauty and the Beast" is taking stage at the Zorlu Performing Arts Center after a two-year break. The production is directed by Rob Roth and choreographed by Matt West. The costumes are designed by Ann Hould-Ward, a Tony Award winner for the same show.

The musical's website director Rob Roth expressed how happy he was to be back with the entire original design team for the new production. "As a director, it is rare to have the opportunity to revisit your work 15 years later," said Roth. "Hopefully I've grown and developed as an artist along with my collaborators, and we can bring 15 years of experience to this new production."

Roth said the team remained in contact over the years that they produced the show and he looked forward to getting back together to "re-explore and reinvent the show" for the new tour. "The theme of beauty is about seeing past the exterior and into the heart of someone, and this is reflected in the design of the show, which is about transparency and layers, seeing past one thing and into another," he said.

Disney's "Beauty and the Beast" tells the story of Belle, a young woman and the Beast, a young prince trapped in a spell placed by an enchantress. The show ran for 15,000 performances in 120 cities in 13 countries and was watched by over 35 million, becoming one of the longest-running and top-grossing Broadway musicals.

It has also been performed in eight different languages.

Based on the French novel "Le Fantome de l'Opera" by Gaston Leroux and with music by English composer Andrew Lloyd Weber, the "Phantom of the Opera" has been seen by over 130 million people in 27 countries.

The musical first opened in London's West End in 1986 and then in Broadway in 1988, winning an Olivier Award and Tony Award for Best Musical the same year. It is the longest running show in Broadway's history and celebrated its 10,000th Broadway performance back in 2012. It is the second longest running production at West End after "Les Miserables." The central plot follows the beautiful soprano Christine Daae and her "mysterious teacher" - a disfigured musical genius who helps Christine climb the stairs of fame. The Zorlu Performing Arts Center has started a special discount campaign that runs until May 20. Tickets are on sale with a 15 percent discount for the two musicals.

There is a 7 percent discount for tickets if people want to watch just one musical. You can buy tickets at the Zorlu Center's box offices from 10:00 a.m. to 10:00 p.m.