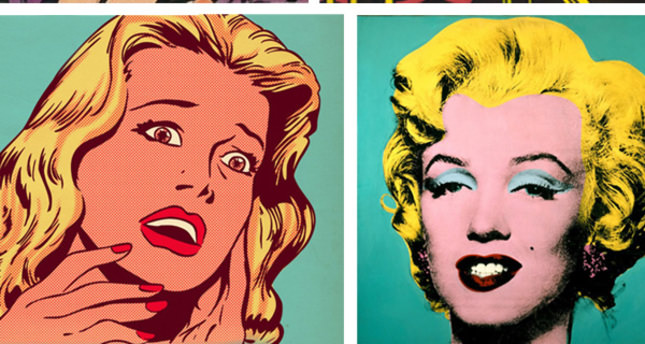 ISTANBUL — The Suna and Inan Kıraç Foundation Pera Museum will host the works of the great artist Andy Warhol, a figure commonly described as defining "pop art." This spring, Istanbul's residents can visit the "Andy Warhol: Pop Art for Everyone" exhibition comprising selected works of Andy Warhol from the Zoya Museum Private Collection in Slovakia. The exhibition will feature drawings exhibited for the first time in Turkey, including iconic works such as "Campbell's Soup," "Cowboys and Indians," "Endangered Species," and "Flowers," accompanied by portraits of well-known important figures. Andy Warhol has inspired many. Even after his death, Warhol is still considered one of the most influential figures in contemporary art and culture. His lifestyle and work have inspired creative thinkers worldwide thanks to his enduring imagery, his artfully cultivated celebrity and the ongoing research of dedicated scholars. His curiosity about life and his eagerness to span every available medium resulted in a body of work and most importantly contributed to the collapse of boundaries between high and low culture. Warhol's manners and lifestyle, from his choice of friends to his hair color, were as significant as the works he created. He turned himself into an artwork, creating the concept of "artist as machine," operating mechanically both in the selection of his symbols and in the process of replicating it.