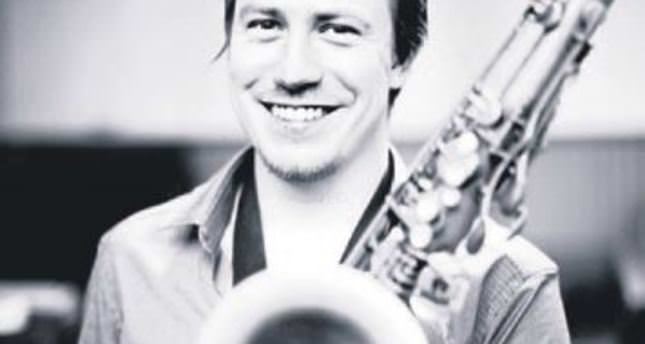 by Daily Sabah Jul 19, 2014 12:00 am
Norwegian Jazz masters Hakon Kornstad, Ingebrigt Haker Flaten and Jon Christensen will perform at Zorlu Center PSM as part of the fifth Jazz in Ramadan Festival on July 19.

Kornstad worked with Per Zanussi and Wetle Holte then with Erlend Skomsvoll and Live Maria Roggen while he was continuing his jazz education at the Trondheim Conservatory of Music. He formed the Håkon Kornstad Trio with Paal Nilssen-Love and Mats Eilertsen. Having many Grammy Awards nominations for his albums, he became the subject of a New York Times article and various jazz magazines several times. He started a master's degree from the Norwegian National Academy of Opera in 2011. In the spring of 2012, Kornstad began to sing arias in his concerts.
Apart from his solo albums "Single Engine," "Dwell Time" and "Symphonies in My Head," Kornstad has more than 20 studio albums. Two of these studio albums are "Mitt Hjerte Alltid Vanker I and II" that were recorded with Ingerbrigt Håker Flaten and Jon Christensen in 2011.

Ingebrigt Håker Flaten took jazz lessons from bassist Odd Magne Gridseth from 1992 to 1995. Frode Gjerstad, Dave Rempis, Bobby Bradford, the
AALY Trio, Ken Vandermark, Stephen Gauci, Tony Malaby, Daniel Levin and Dennis Gonzalez are among the artists that Flaten has recorded and shared the stage with. He stood out with his records "Quintet" and "The Year of the Boar" in 2004. In 2011, he formed The Young Mothers Ensemble with Stefan Gonzalez, Frank Rosaly, Jawaad Taylor, Jason Jackson and Jonathan Horne.

Norwegian percussionist Jon Christensen played with famous saxophonist Jan Garbarek in the 1960s. He recorded five albums with his band European Quartet along with Jan Garbarek, Palle Danielsson and Keith Jarrett in the 70s. Christensen was granted the drummer of the Year Award by the European Jazz Federation in 1975. He has played with many artists such as Bobo Stenson, Eberhard Weber, Ralph Towner, Barre Phillips, Enrico Rava, John Abercrombie, Michael Mantler, Miroslav Vitous, Rainer Brüninghaus, Charles Lloyd, Dino Saluzzi and Tomasz Stanko. He started to work with Flaten and Kornstad in 2010.