Exhibition to take you to the heart of Istanbul 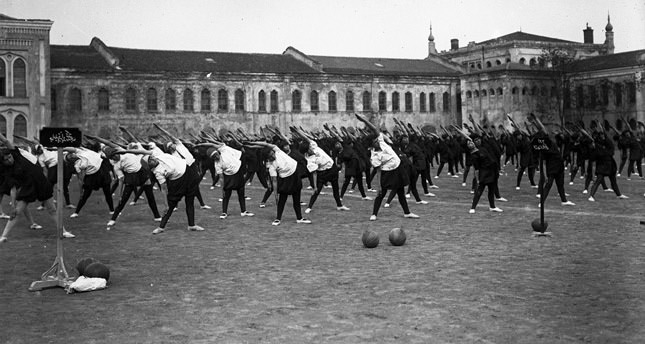 by Daily Sabah Aug 11, 2014 12:00 am
The Suna and İnan Kıraç Foundation's Istanbul Research Institute is hosting an exhibition that focuses on the transformation of Taksim Square, from the 19th century through the 1960s with photos, gravures and maps. The Taksim region, known for its graveyards, esplanades and coffee houses in the 17th and 18th centuries, was named "Taksim" (distribution), as it was a center of water distribution. Taksim, gaining military importance at the beginning of the 19th century with a barracks built by Selim III, became the most important square of the Republic in the 20th century.

Losing its military importance after the fall of Ottoman Empire, the barracks was tuned into Taksim Stadium for sporting events. The construction of "İnönü Esplanade" (modern-day Gezi Park), designed by Henri Prost after leveling the barracks, marks an important turning point in modernization of the Square. Taksim became a "square" after the unveiling of the Cumhuriyet Anıtı (Republic Monument), made by Italian sculptor Pietro Canonica in 1928. Taksim Square gained its present identity in 1969 after the completion of the Atatürk Cultural Center (AKM). The Square continues to be the center for social and cultural recollection where public opinion echoes and the celebration of national holidays occurs.

When: Until Oct. 11
Where: Suna and İnan Kıraç Foundation
RELATED TOPICS