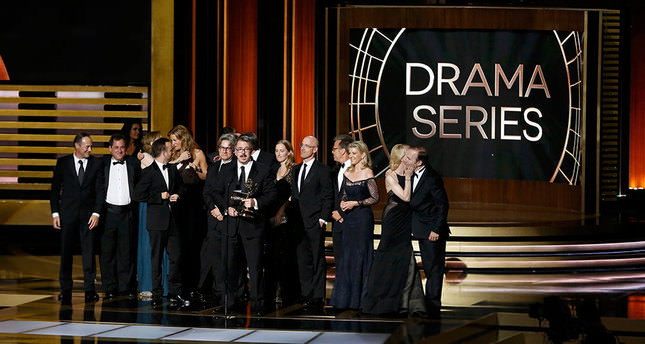 Royal feud saga "Game of Thrones," which had garnered the most nominations, went home with none of the big prizes from the 66th Primetime Emmys, television's equivalent of the Oscars.

"This is... a wonderful time to be working in television," said "Breaking Bad" director Vince Gilligan, accepting the top prize of best drama at the climax of the three-hour show in Los Angeles.

"Modern Family" meanwhile won best comedy series for the fifth year in a row, equaling a record set by "Frasier" between 1994 and 1998.

The evening's big loser was "Game of Thrones," which was shortlisted in 19 categories and has already renewed for a fifth and sixth season.

The ceremony took a serious turn when honoring Hollywood great Williams, who died in an apparent suicide on August 11 at age 63, rocking the entertainment world.

With emotions still raw, his friend and fellow actor-comedian Billy Crystal paid tribute to the Oscar winner during the "in memoriam" part of the primetime program.