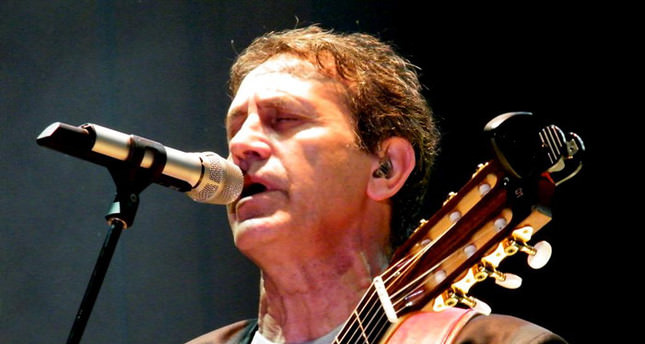 by Daily Sabah Aug 29, 2014 12:00 am
Legendary Greek artist George Dalaras will perform tonight at the Harbiye Cemil Topuzlu Open Air Theater as a part of the Turkcell Starry Nights concerts. One of the greatest musicians from Greece, George Dalaras gained international recognition in the late 1960s. Regarded as the most important representative of Rembetiko (Greek folk music), the artist has more than 85 solo albums along with over 100 albums and owes his success to his love of music as each of his albums has sold over 200,000 copies.

Dalaras was granted Golden and Silver Record Awards multiple times during his musical career. Dalaras, who had the chance to work with many important musicians such as Al Di Meola, Paco de Lucia, Bruce Springsteen, Sting, Peter Gabriel, Goran Bregovic and Haris Alexiou, is still the top selling artist in Greece with a total of 15 million albums sold. Dalaras is a voice of the Mediterranean with his Italian and Spanish songs, and aside from Rempetiko, he can play the guitar, lute, bouzouki and other stringed instruments. Performing songs of different cultures without putting his roots aside, Dalaras brought a breath of fresh air to modern Greek music with his enchanting voice and his control over stringed instruments.