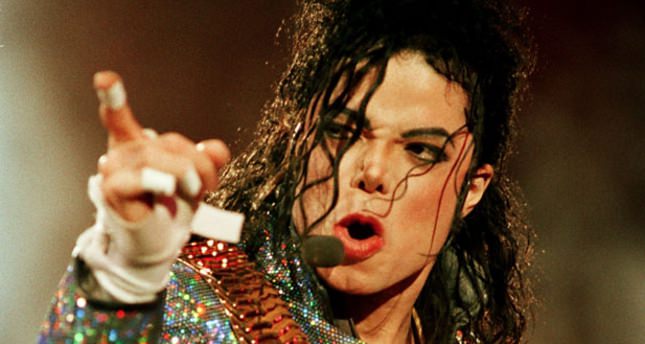 by Daily Sabah Aug 29, 2014 12:00 am
Superstar and international pop music legend Michael Jackson, who passed away in 2009, will be commemorated with a special event at Istanbul Optimum Outlet. The "MJTurkey Fan Club" will give a visual feast on Aug. 30 dedicated to Jackson's birthday on Aug. 29. The group will remember the King of Pop who broke sales records and combined his phenomenal songs with his signature dance moves through their shows, which will take place at 1:30 p.m., 3:30 p.m. 4:30 p.m. and 6:30 p.m. Jackson's smash hit songs "They Don't Care About Us," "Smooth Criminal," "Billie Jean," "Bad," "Beat it" and "Thriller" will accompany the group that will performin Jackson's iconic costumes. Those who are interested in going on a journey to the King of Pop's magical world are welcome to Istanbul Optimum Outlet.