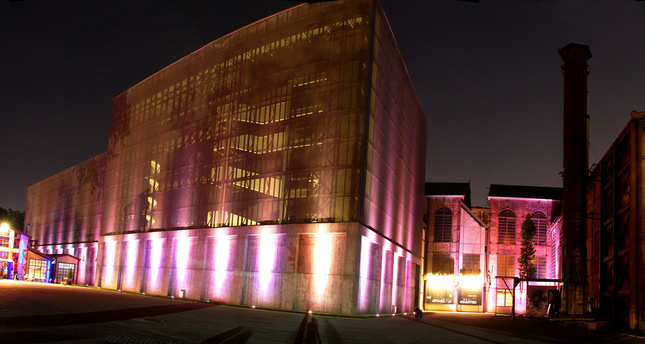 by Daily Sabah Sep 03, 2014 12:00 am
"Barcelona, Summer Night" (Barcelona, Nit D'estiu) will be screened at Istanbul Bilgi University as a part of the Vodafone FreeZone Open Air Cinema events.Vodafone FreeZone Open Air Cinema will take place at Istanbul Bilgi University's Santralistanbul campus which is accessible from every part of the city and brings culture, art and education together. The campus, one of the hot points of Istanbul's cultural life, will host open-air film screenings until the end of September. "Barcelona, Summer Night" will be screened at Santralistanbul on Sept. 5. The story of the film starts on Aug. 18, 2013 when a comet that cannot be seen for hundreds of years passes through Barcelona's sky. Meanwhile, Barcelona witnesses many love stories. Roser is together with Richard for a year, and that day she comes across her ex-boyfriend Albert. At the same time, Joan organizes a dinner party and invites all his friends. New parents Clara and Hector, Judith who is in love with Joan and her husband Toni are among the guests at the dinner party. Guillem falls in love with Sara who makes him believe the world is going to end that night. And there is also Jordi, a talented football player with a secret and Oriol and Adrain who run after the same girl, and finally the married couple Charles and Laura who recently learned that she is pregnant.