'The Abduction from the Seraglio' in Italy 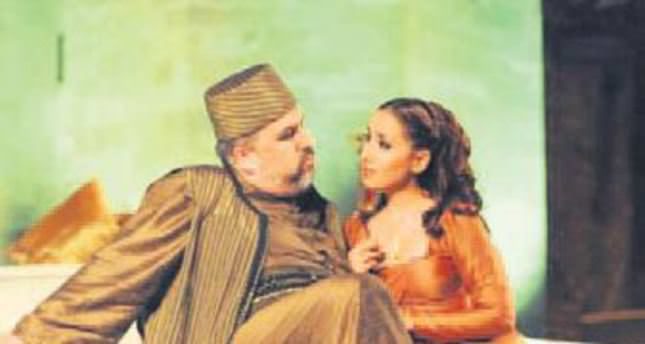 by Daily Sabah Sep 03, 2014 12:00 am
The Ankara State Opera and Ballet (ADOB) will stage "The Abduction from the Seraglio" (Die Entführung aus dem Serail) in Sicily, Italy. According to a written statement released by ADOB, "The Abduction from the Seraglio," which has been staged in various countries and praised by many for its orchestra, solo and choir performers will be introduced to art lovers at Sicily's famous Taormina Ancient Theater on Sept. 6. Composed by W. A. Mozart, the opera is about Konstanze, a prisoner of the Ottoman Selim Pasha. The opera recounts Konstanze's struggle to return to her homeland and her beloved Belmonte, Selim Pasha's tolerance and his forgiving attitude featuring melodies from the Ottoman mehter. Directed by Yekta Kara, the production's orchestra conductor is Sunay Muratov, while costumes were designed by Şanda Zıpçı and stage design by Çağda Çitkaya.