Unutterable expressions familiar to all humans 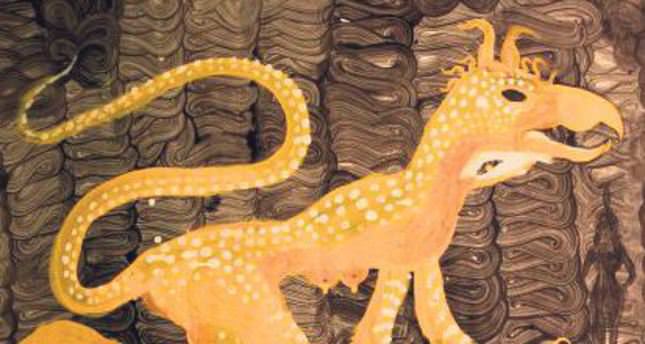 by Daily Sabah Sep 04, 2014 12:00 am
Artist and researcher C.M. Kösemen discusses the odd, human-animal mixture of creatures and fairies living in the subconscious world, and questions "Unutterable Expressions" that make us human in his first solo exhibition. Kösemen believes we can understand humanity's most basic emotions using the "combination code" between anatomic details and archetypal figures. We instinctively react to images of arms, legs, faces, eyes, teeth and sexual organs, and recognize animal body parts due to our evolutionary heritage. Each element, like piano ivories, causes a reaction in the human soul. Hence, the artist lets the audience look through the kaleidoscope of emotional reactions, and takes them on a journey of the subconscious. The artist claims that people, since the cave pictures of Lascaux, face their personal and collective demons by using these types of symbols, and he sees this interaction as the basis of visual arts. He uses open, close and "unutterable" expressions together in his exhibition. Kösemen tries to articulate our feelings of love, fear, regret, curiosity and lust that underlie in our subconscious with his
simple yet striking paintings.