OCTAVA Ensemble to a cappella in Istanbul for the first time 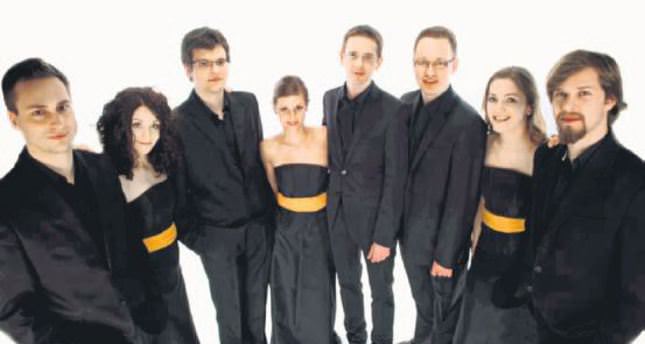 The concert will take place tonight at 8:00 p.m. at St.Esprit Cathedral with the support of the Polish Consulate General in Istanbul on the occasion of the celebrations of the 600th anniversary of diplomatic ties between Poland and Turkey/Ottoman Empire and it will be free of charge.The group will perform their repertoire of late Renaissance and early Baroque songs from the 16th and 17th centuries.

Regarded as the most interesting vocal band of the young generation by the music critics, OCTAVA Ensemble will take the stage for the first time in Istanbul thanks to the joint effort between the Polish Consulate General in Istanbul and Culture.pl which is operated by Poland's Adam Mickiewicz Institute. So far, the Polish group has taken part in avantgarde productions with Polish maestro Krzysztof Penderecki, English electronic music artist Aphex Twin, English trip-hop band Portishead and English indie- pop duo Goldfrapp. OCTAVA Ensemble, whose art director is Zygmunt Magiera is composed of eight artists: Anna Magiera, Marta Zagata-Bugajska (sopranos); Karol Bartosinski, Malgorzata Langer Król, (altos); Zygmunt Magiera, Mateusz Prendota (tenors); Bartlomiej Pollak and Maciej Druzkowski (basses) will all perform for the group's Istanbul concert. OCTAVA Ensemble has performed many festivals throughout Poland and has received awards, the most prestigious of which was the Poland choir music 39th Legnica Cantat Choir Tournament Grand Prize and the 10th Cantio Lodziensis Choir Festival Grand prize. You can get information about the events at http://turkiye. culture.pl/tr.