World War I debate in Istanbul ready for broadcast 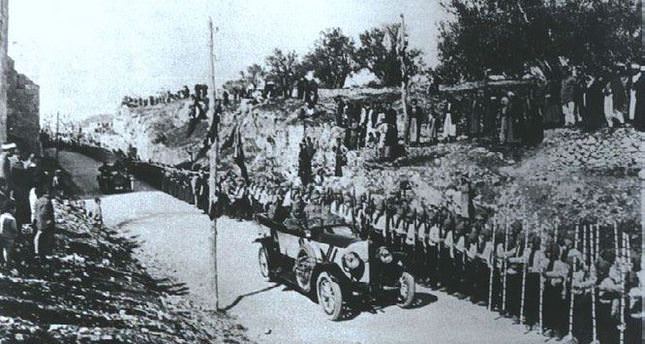 by Begüm Tunakan Sep 05, 2014 12:00 am
A debate on the legacy of World War I was conducted in Istanbul with the BBC and the British Council co-hosting.The event, "Nation Building and Modernity," will be broadcast to listeners around the world on the BBC World Service on Saturday, Sept. 6, 2014 at 6:00 p.m., then on Sunday, Sept. 7 at 11:00 a.m. The debate was held on Aug. 29, in order to discuss the effects of the legacy of the WWI and its impacts on modern-day Turkey. The public audience, including Turkish journalists and intellectuals, took the chance to discuss their ideas and memories that led them to explore the complicated legacy of World War I in Turkey in an electric atmosphere in the historic setting of Pera House, the British Consulate General.

BBC presenter Razia Iqbal joined the discussion as moderator, along with Turkish historians, Professor Ahmet Kuyaş and Professor Akşin Somel, to discuss the new political ethos of modernity which arose from the war. The international best-selling novelist Elif Şafak also contributed to the panel with her specially commissioned essay on history and memoires. The panel "The world that changed the world," which has covered 10 countries still carrying the traces of the war, was first launched in Bosnia, in June. After Istanbul, the panel will move to Russia, India, France, Kenya and the U.S., and the panel will conclude in Jordan in June 2015. The debates are hosted by Allan Little, Amanda Vickery and Razia Iqbal.