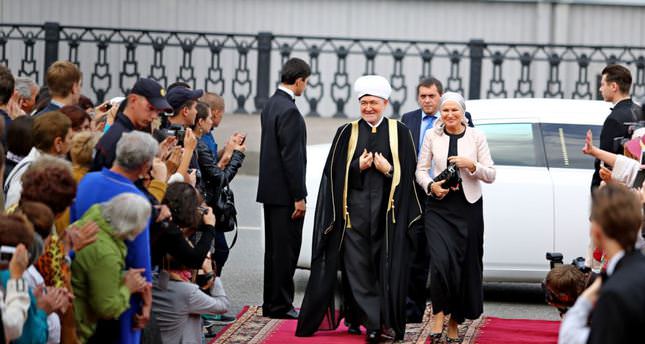 by Daily Sabah Sep 08, 2014 12:00 am
The 10th International Muslim Film Festival kicked off in the Republic of Tatarstan's capital city Kazan. The opening took place at the 1,000-peoplecapacity hall of Piramida Centre and started with a parade of flags representing the participant countries. State Council's Chairman of the Republic of Tatarstan Farid Mukhametshin and the President of the Festival and the Russian Mufti Council Ravil Gaynuddin spoke at the ceremony.

Gaynuddin said the festival which has been held for 10 years is now known worldwide and the number of countries interested in participating in the festival increases annually. 513 films from 56 countries will be screened during the event. Nuri Bilge Ceylan's "Winter Sleep," Koray Sevindi's "Kafa" (The Head), Fayzal Soysal's "Üç Yol" (Three Roads) and Semih Kaplanoglu's "Yumurta" (The Egg) will represent Turkey at the Festival.

Kazan International Muslim Film Festival will grant awards to 20 films, 20 documentaries and 10 animations. Initiated by the Council of Muftis of Russia for the first time in 2005, the festival's aim is to provide an objective view of Islam and Muslims to the world and Russian community. The festival is set to run until Sept. 11.

When: Till Sept 11
Where: Piramida Centre