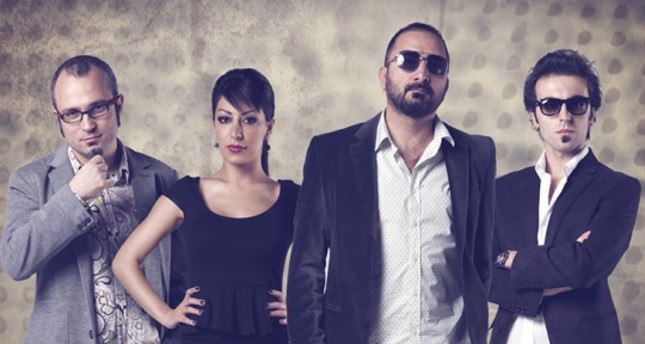 by Daily Sabah Sep 12, 2014 12:00 am
Istanbul Arabesque Project will perform their compositions at Bronx Pi Stage tomorrow. Re-arranging arabesque songs with rock melodies and eastern percussions, the band has given over 400 concerts around Turkey so far. Performing songs of arabesque pillars such as Bergen, Kamuran Akkor, Orhan Gencebay, Ibrahim Tatlıses and many others, Istanbul Arabesque Project wants to show the entertaining side of arabesque. The Band released only one album that was recorded under the supervision of Turkish Radio and Television Association (TRT), and characterizes their style as "pure blood arabesque." The band was formed by drummer, producer and songwriter Barbaros Akbulut and guitarist, vocalist and composer Korkut Peker, but were joned in 2011 by guitarist Serkan Öngel and vocalist Beste Aksu.

When: Tomorrow
Where: Bronx Pi Stage