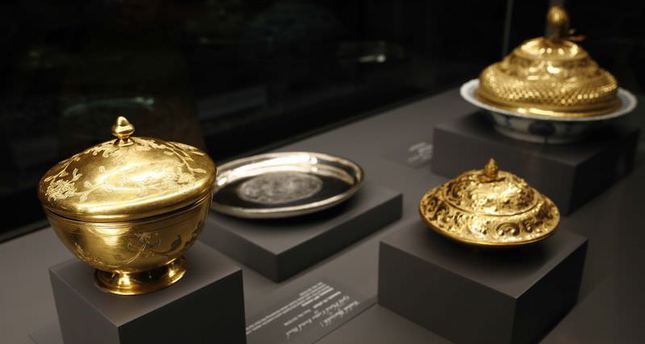 by Daily Sabah Sep 24, 2014 12:00 am
The Topkapı Palace which was the primary residence of the Ottoman sultans for approximately 400 years is hosting an exhibition of kitchen utilities and appliances that were used in the palace's kitchens.

The exhibition opened on Tuesday and Turkish Minister of Culture, Ömer Çelik, attended the opening. Çelik said that the exhibition reflects the culture that Turkey is a part of.

The palace kitchens ("Saray Mutfakları" in Turkish), some of which were built in the 15th century during the construction of the palace, are prominent features of the palace. They consist of ten buildings: the imperial kitchen, Enderun (palace school), Harem (women's quarters), Birun (outer service section of the palace), kitchens, beverages kitchen, confectionery kitchen, creamery, storerooms, and rooms for the cooks.