Cave where forgotten dreams are sheltered 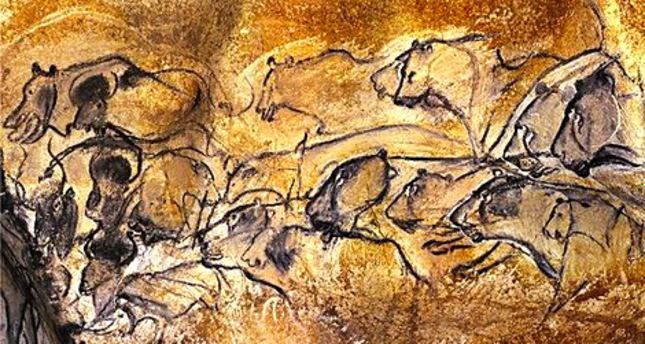 by Daily Sabah Sep 25, 2014 12:00 am
"Cave of Forgotten Dreams," a documentary film by Werner Herzog, will be screened at the French Culture Center. Shot on the occasion of the Europe Heritage Days in 2012, the documentary features Chauvet Cave, one of the most important cultural heritage sites in the world. The film will be screened in English with French subtitles. Archaeologist Martin Godon of the French Anatolian Study Institute will take the stage before the screening and give information about Chauvet Cave, which shattered all knowledge about the art of the Paleolithic Era after its discovery. The cave was discovered in southern France in 1994. It is home to hundreds of cave drawings and writings from Neanderthal people. Thanks to advanced cinematographic technology, Herzog was able to film the oldest paintings in the history of man in a glorious way. This incredible visual journey enables the audience to get together with their ancestors, see the birth of art and discover the symbolic power of places. The event is free of charge.