World from the lens of Burhan Doğançay 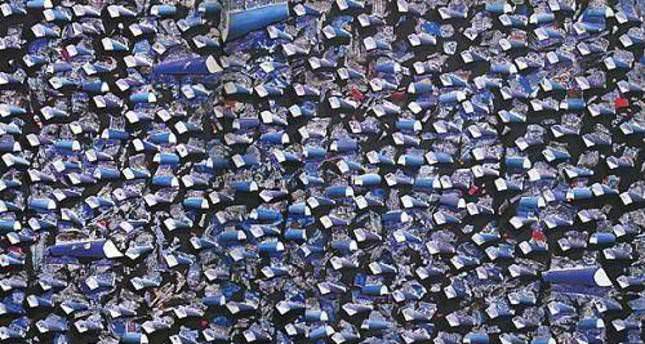 by Daily Sabah Sep 25, 2014 12:00 am
Never-before-seen photographs taken by one of the most acclaimed artists of Turkey, Burhan Doğançay, are being displayed under the sponsorship of the Turkish Economy Bank (TEB). Marking its 10th anniversary, Turkey's first contemporary art museum, the Doğançay Museum, is hosting the exhibition. Held in the honor of Doğançay's 85th birthday and the Doğançay Museum's 10-year anniversary, the exhibition features nearly 100 photographs taken by Doğançay. Doğançay saw city walls as the mirror of their country, city, neighborhood, socio-economic face of the street and society. His photographs carry traces of many cities around the world, from New York to Togo. Doğançay's photos of New York are regarded as the most important works of his career as he was the only artist allowed to get on the Brooklyn Bridge during its first major maintenance from 1986 to 1987. The exhibition features the photographs of dangerous moments with the artist and the ironworkers of New York City. Doğançay's works document the social and psychological states of the cities and people.