‘Beauty and the Beast’ ready for Istanbul performance 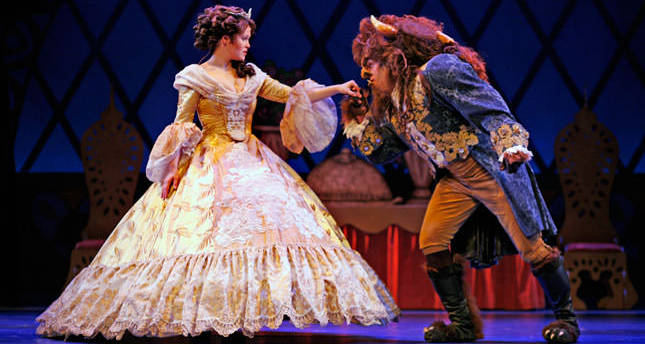 by Daily Sabah Sep 30, 2014 12:00 am
Disney's Tony and Olivier Award winning musical "Beauty and the Beast" is coming to Turkey as a part of its 20th year anniversary special tour. Based on the Academy Award winning animated film, the musical made history as the first and most successful Broadway adaptation of a Disney production. The Musical has been staged for the last 13 years and is still the longest running show on Broadway. Moreover, "Beauty and the Beast" is among the top 10 most grossing Broadway shows. Since its debut, the musical has been performed 28,000 times in more than 20 countries and won the hearts of 35 million people. After a long break, the original creators of this classic Broadway show will come together at the Zorlu Center PSM to perform the musical. Parents should be warned that the show is not suitable for children under the age of six.