Opportunity to experience a royal wardrobe 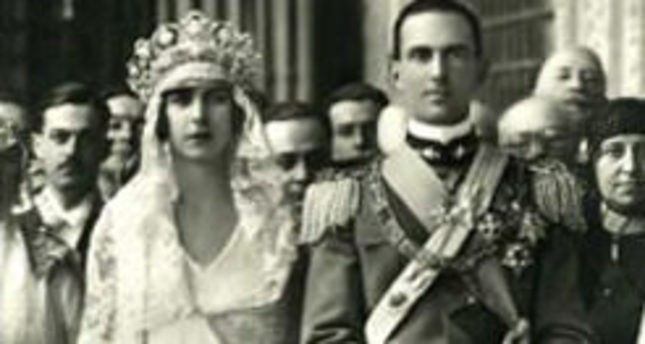 by Daily Sabah Sep 30, 2014 12:00 am
Istanbul'74 presents a selection of ceremonial and evening dresses of Queen Marie Jose de Savoy along with certain objects and photographs of that period. Known as "The Queen of May," she is the last queen of Italy. Sponsored by Tektaş Watches and Jewelry, the exhibition is organized by the Humbert II and Marie Jose of Savoy Foundation, established by her daughter Princess Marie-Gabrielle of Savoy. Born in 1906, Queen Marie Jose was the daughter of Albert I of Belgium and grew up in a world of art and music. In 1930, she married Crown Prince Umberto. She had to adapt to an ostentatious but strict environment unlike the liberal atmosphere of the Belgium Court. The prince presented her with a number of impressive ceremonial dresses and nightgowns designed at Italian haute couture workshops. She became an icon of elegance in the 1930s with her unique style and beauty. The exhibition displays the power of appearance as a tool of communication at a time when Europe was in a political turmoil. It also reveals the private world of a young and elegant woman who was sent into exile at the age of 40 after one month of becoming queen.