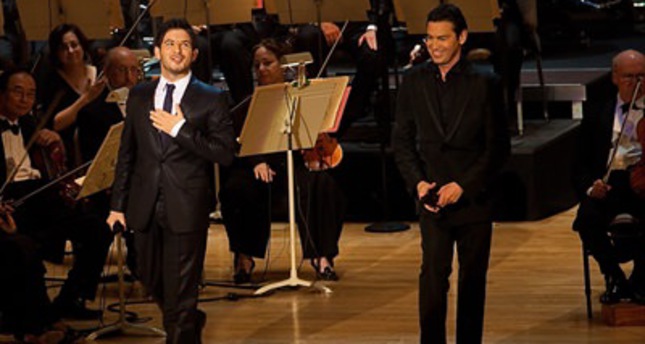 by Daily Sabah Oct 04, 2014 12:00 am
Mario Frangoulis and George Perris will be performing at Istanbul's TIM Show Center on Oct. 8. Greek tenor Frangoulis - best known for his song "Vincero, Perdero" - and pop singer Perris will share the same stage. Perris released his first English-language album "Picture This" in 2014. The album includes 13 tracks, three of which have been written by Perris and featured the Prague Symphony Orchestra. The two musicians will sing in Italian, Spanish, English, French and Greek.