Civilizations Choir of Antakya to tour in Canada 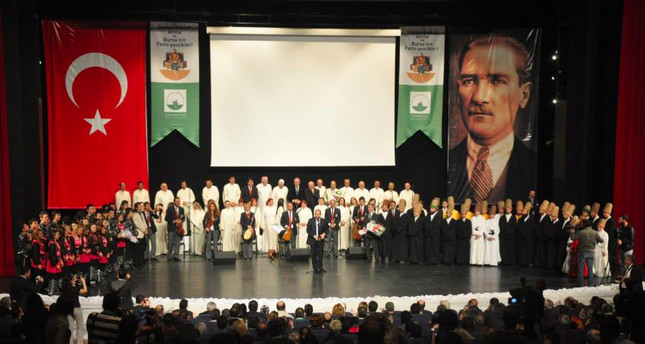 by Daily Sabah Oct 22, 2014 12:00 am
The Civilizations Choir of Antakya, a mosaic of exceptional performers from Turkey, is on tour in Canada this week. The choir - composed of 130 members from a wide range of professions including religious leaders, teachers, students, jewelers and retirees - will take the stage at the Imperial Theater in Montréal on Saturday. Nominated for the 2012 Nobel Peace Prize, the choir will give its second concert at Dominion-Chalmers United Church on Sunday in Ottawa, Canada's capital. Next Monday, the musical group will be on stage at the George Ignatieff Theater in Toronto. All concerts are open to the public free of charge. The choir, which includes performers from the three major monotheistic religions - Islam, Judaism and Christianity - initially took the stage as part of the Tourism Week in Hatay province seven years before. The musical group was officially established in 2008. The Civilizations Choir of Antakya intends to promote both the city of Hatay as well as Turkey, and bring new horizons in humanity while creating a bridge between civilizations through the universal language of music. The choir members will take the stage in the U.S., Serbia, Iraq, Italy and Macedonia this year.