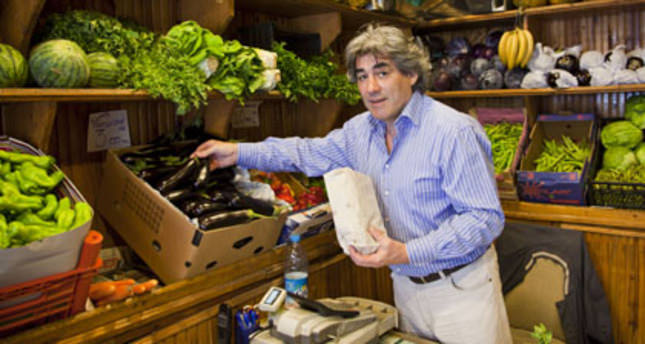 by daily sabah
Nov 18, 2014 12:00 am
Lycee Notre Dame de Sion will gather Istanbulites with French photographer, painter and chef Daniel Colagrossi until the end of December. His interest in cooking stems from a young age when he discovered an illustrated cookbook; he later met famous photographer Robert Doisneau and began his career in photography. When he visited Japanese artist Katsushika Hokusai, he decided to depict different cuisines on paper with colorful drawing ink. Colagrossi paints gourmet cuisine and sometimes the preparation process of the meals. His works reflects his enthusiasm while cooking, and he tries to impart the essence of foods. In his exhibition "Dessins Cuisines" (Meals with Drawings), Colagrossi will display almost 100 paintings of the dishes he created. He will also organize a series of cooking workshops in French about gastronomy to allow interested visitors to fully comprehend his exhibition. Colagrossi previously organized exhibitions in Istanbul and İzmir. In 2011, he published "Alafranga Türk Sofrası" (The European-style Turkish Table) that introduced French meals prepared with common spices.