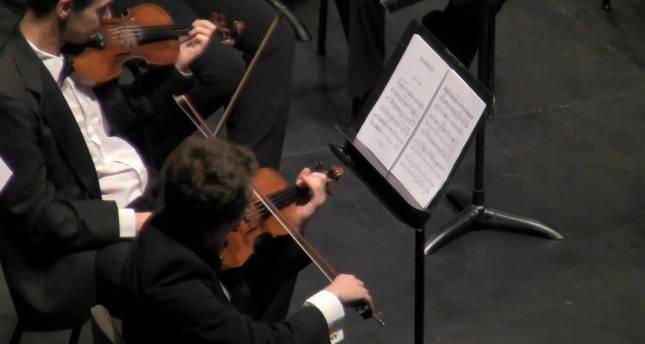 by daily sabah
Nov 25, 2014 12:00 am
The child prodigy violinist, Sarah Chang, and conductor Ricardo Casero will take the stage with one of the most important chamber music bands in the world, the Spanish Filarmonia De Camera Valencia at the İş Sanat Cultural Center today.

Sarah Chang, who gave her first concert at the age of four, was accepted to the Juilliard School at five, made her New York Philharmonic debut at eight and recorded her first album at the age of 10 continues to astonish music fans with her talent and fast developing career.

Having performed with the greatest orchestras, conductors and accompanists in the world internationally since her childhood, she has been acclaimed for her perfect technique, glamorous, lively and beautiful voice and a heartfelt but unsentimental expressiveness.

The South Korean-American artist has released 20 albums on EMI Classic's record company and has performed Brahms and Bruch violin concertos with the Dresdner Philharmonic, under the baton of Kurt Masur, which received excellent critical and popular acclaim.