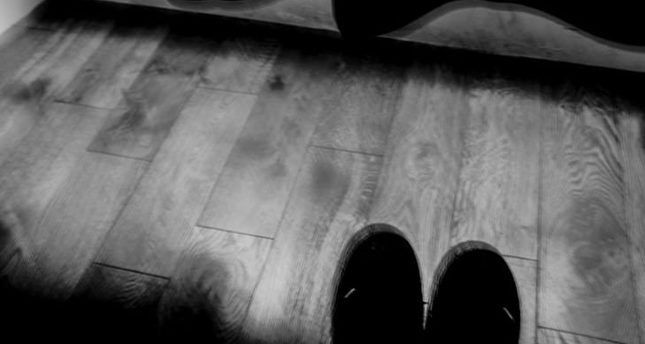 by Daily Sabah Dec 10, 2014 12:00 am
Laleper Aytek's 14th solo exhibition "Non Paris" will open on Dec. 17 at the French Cultural Center in Istanbul. The exhibition, which will be open until Jan. 31, 2015, will feature 63 black and white photographs taken by Aytek in Paris for two years. Along with the exhibition, Aytek's photography album also titled "Non Paris" will be published within this month. Aytek visited Paris four times between 2012 and 2014, and although she took her photos in Paris, she did not photograph the city. She tried to look at herself in the mirror through "non" images in a city that she came to as a tourist. Her second visit in 2012 was quite different from her first, as she touched the soul of the city and began looking at her inner self through the city. She initiated her project - even though she named it long after that - following her second trip to Paris. With her exhibition, Aytek shows courage to look at her inner self after spending much time abroad, even though it becomes fragile. The project's aim is "reading the one which was never written," as Hoffmannstall said. After graduating from the Department of Economics at Boğaziçi University, Aytek began her graduate studies in Social Economics at the University of Oslo. During her time in Norway, she became interested in photography. She returned to Turkey in the early 1990s and opened her own studio. In 1998, she took part as the advertising director in the foundation of Turkey's first digital photography studio. Since 2009, she has been giving photography lessons in the Department of Media and Visual Arts at Koç University and has focused on vision as well as the history of photography in her writings since 2000. Her thoughts were developed in her master's thesis titled "Re-Thinking the Canon of Photography History: A Study on Subjectivity." She published "Kendine Ait Bir Fotoğraf" (A Photopraph of One's Own) in 2005, "Palimpsest Istanbul" in 2010 and "Issız" (Deserted) in 2013. Aytek has also held 13 solo exhibitions and participated in 22 group exhibitions since 1991.